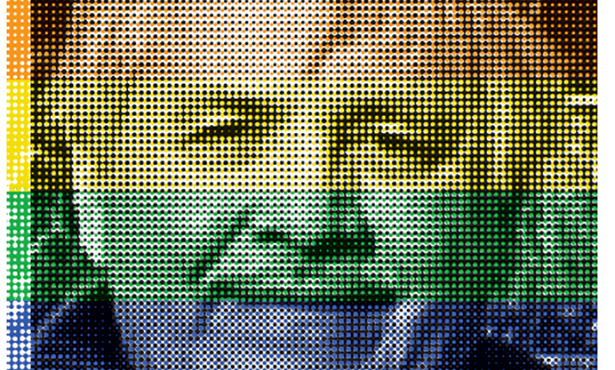 Created in Memory of Pioneer Advocate

By all accounts, Dr. Michael McElvaine, a 1976 graduate of the College of Veterinary Medicine, made a significant impact on the world. His illustrious professional career was coupled with his far-reaching influence as a mentor, leader, and activist on behalf of diversity in sexuality and gender identity.

At his death in October 2018, Dr. McElvaine left a gift to the college that established the Michael McElvaine Scholarship for a student with a demonstrated record or strong potential in support of LGBTQ activism. That scholarship was awarded for the first time in 2020.

Born in Avon, Ill., on the family farm, Dr. McElvaine deeply cherished his agricultural roots and family ties. From an early age he loved science—which led to his pursuit of veterinary medicine and public health—and singing, which ultimately gave him voice to become a gay rights advocate, one of the first in the veterinary profession.

After completing his undergraduate and veterinary degrees at the University of Illinois, Dr. McElvaine practiced in Kentucky and Wisconsin, primarily with dogs and cats as well as seeing equine and dairy patients. His career took a different focus after he earned a master’s in public health from the University of Minnesota in 1987.

His years in federal service began in Iowa as a biologics epidemiologist with the USDA, followed by a two-year fellowship at the Centers for Disease Control and Prevention (CDC) as an epidemic intelligence service officer.

In 1992, he became boarded in the American College of Veterinary Preventative Medicine and joined the USDA Animal and Plant Health Inspection Service in Washington, D.C. He was among the first to apply risk-assessment methodologies to the fields of animal and plant disease and foodborne disease.

His professional career culminated as deputy director of the USDA Office of Risk Assessment and Cost-Benefit Analysis, a position he held from 1996 until his retirement in 2010. In this capacity he was instrumental in developing landmark food safety legislation that has served as a model worldwide.

Singing was a big part of Dr. McElvaine’s life. As a University of Illinois student, he participated in the Varsity Men’s Glee Club and other choral groups, and in 1984 he joined the Madison Gay Men’s Chorale. This passion provided the impetus for his activism for lesbian and gay issues. He helped to found and lead the Lesbian and Gay Veterinary Medical Association (now known as Pride Veterinary Medical Community) in 1994 and the USDA Gay, Lesbian, Bisexual and Transgender Employee organization (now known as Equality USDA).

A lifelong cat lover and a strong advocate of the human-animal bond, he encouraged the creation of Healthy People, Healthy Pets, a project developed in the 1990s in response to the AIDS crisis that became a program within the CDC.