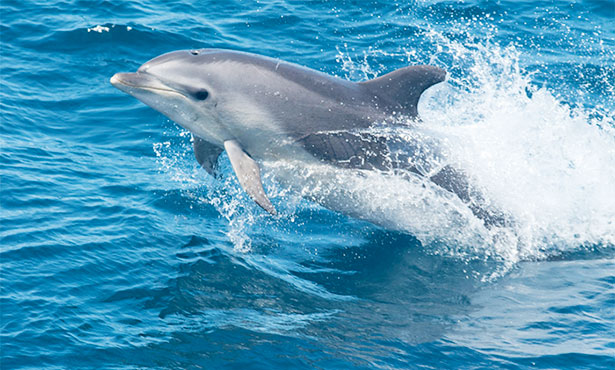 CHAMPAIGN, Ill. — Dolphins found stranded on Gulf of Mexico beaches following the 2010 Deepwater Horizon oil spill were much more likely to have severe lung and adrenal gland damage “consistent with petroleum product exposure” than dolphins stranded elsewhere and prior to the spill, researchers report. One in five dolphins from the spill zone also had primary bacterial pneumonia.

These effects were most extreme among dolphins found stranded on beaches around Barataria Bay, Louisiana, one of the most heavily oiled coastal areas after the spill, the team reports. The researchers’ findings support a previous health study of live bottlenose dolphins in Barataria Bay after the spill, which showed that dolphins had poor health, adrenal disease and lung disease. The oil-drilling rig Deepwater Horizon leaked millions of barrels of oil into the Gulf of Mexico over a period of 87 days, starting on April 20, 2010.

The new findings appear in the journal PLOS ONE.

In an effort to explain the historically high number of dolphin deaths within the footprint of the Deepwater Horizon spill, researchers evaluated tissues from dead dolphins found on beaches in Louisiana, Mississippi and Alabama (the study area) between June 2010 and December 2012. They also analyzed tissues from stranded, dead “reference dolphins” collected from other coastal regions outside the spill area and time frame.

The team found that one in three of the dead dolphins from the study area had thinning of the adrenal gland cortex. This part of the adrenal gland produces hormones – such as cortisol and aldosterone – that regulate metabolism, blood pressure and other bodily functions. Only 7 percent of the reference dolphins had adrenal cortical thinning.

“Adrenal abnormalities have been previously noted in other animal species exposed to petroleum products,” the researchers wrote.

“Animals with adrenal insufficiency are at risk of life-threatening adrenal crises,” said National Marine Mammal Foundation veterinary epidemiologist Stephanie Venn-Watson, who led the study. “When other stressors occur, those animals can rapidly die from shock.” 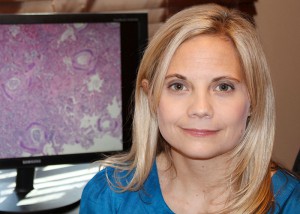 “We know that in other mammals, exposure to polycyclic aromatic hydrocarbons can injure an animal’s lungs,” said University of Illinois veterinary diagnostic laboratory professor Kathleen Colegrove, the study’s lead veterinary pathologist. “These chemicals also can undermine immune function, and this can increase susceptibility to bacterial pneumonia or other infections.” Colegrove works in the Chicago-based Zoological Pathology Program at Illinois.

“These dolphins had some of the most severe lung lesions I have seen in the 13-plus years that I have examined dead dolphin tissues from throughout the U.S.,” Colegrove said.

“Dolphins are particularly susceptible to inhalation effects due to their large lungs, deep breaths, and extended breath-hold times,” Venn-Watson said.

The team looked at other possible contributors to the dolphin deaths. They tested for infection with morbillivirus (which has contributed to large-scale dolphin die-offs in the past) and brucellosis (a bacterial infection that can affect the brain, lungs, bones and reproductive function). They also looked for evidence of biotoxicosis, which can result from the toxins produced by massive algae blooms.

“In previous known dolphin morbillivirus-associated die-offs, more than 60 percent of cases tested positive for the virus,” the researchers wrote.

Biotoxins were undetectable or detected at low levels in the study-area dolphins, the researchers found. And of the study dolphins found in areas affected by the spill, only two were confirmed to have Brucella in the lung, “demonstrating that Brucella was not the driver for increased bacterial pneumonia,” the researchers wrote.

This work was completed as a part of the Northern Gulf of Mexico Unusual Mortality Event Investigation and a part of the Deepwater Horizon Natural Resource Damage Assessment conducted cooperatively by NOAA, other federal and state trustees, and BP.