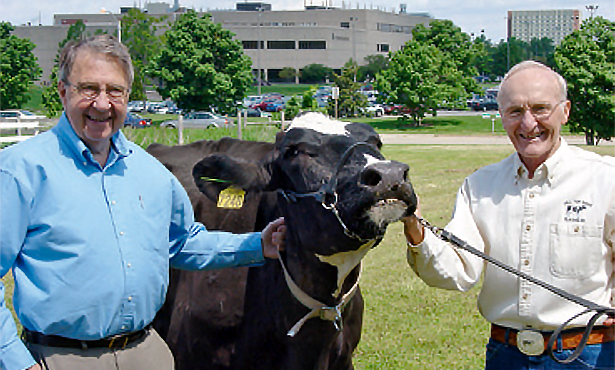 We are saddened to share the news of the death last night of Dr. Borje K. Gustafsson, a former department head at our college and an international leader in veterinary education and theriogenology. He was 89 years old. We will share details regarding services when they are made known to us. 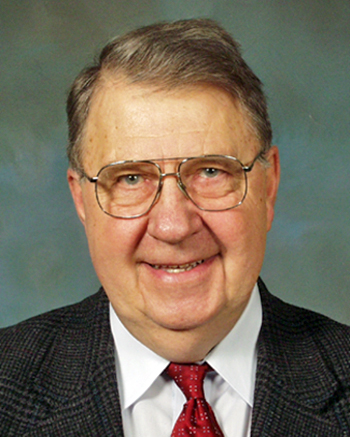 A native of Sweden, Dr. Gustafsson was known as an ambassador for European veterinary medicine in the United States and across the world, promoting cooperation and exchange between U.S. and European veterinarians and scientists. He led the college’s Department of Veterinary Clinical Medicine from 1978 to 1987.

While department head, he pursued research interests in such areas as inflammatory mediators and nonsteroidal, anti-inflammatory agents in bovine mastitis, postpartum uterine infections, factors affecting uterine motility, and antibiotics in the genital tract. He also developed leadership in the area of curriculum standards in teaching theriogenology and other clinical disciplines.

Dr. Gustafsson considered one of the highlights of his Illinois tenure to be helping to host the 1984 International Congress on Animal Reproduction, the first time this meeting had been held outside of Europe. Dr. Bill Wagner, then head of the Illinois Department of Veterinary Biosciences, was congress secretary at that time.

In 1980, Dr. Gustafsson recruited Dr. Howard Whitmore from the University of Minnesota College of Veterinary Medicine, where the two had served on the faculty together, to head the food animal division of the Illinois veterinary clinical medicine department. In 2005, these two friends and colleagues established the Howard L. Whitmore and Borje K. Gustafsson International Dairy Award Fund to provide scholarship assistance to Illinois veterinary students interested in working across cultural, political, social, and economic boundaries. (The photo above shows the two men at the time the scholarship was created.)

In 1988 Dr. Gustafsson became interim dean and in 1989 permanent dean of the Washington State University College of Veterinary Medicine, a position he held until 1998. As dean at Washington State he oversaw an important reform of the veterinary curriculum and led the construction of a $22.7 million Animal Disease Biotechnology Facility and a $38 million teaching hospital.

In 2000, Dr. Gustafsson returned to the University of Illinois as an adjunct professor. He served as co-director of the Envirovet Baltic, a network involving scientists from all nine countries bordering the Baltic Sea and the United States created to strengthen education, research, and application in ecosystem health.

Dr. Gustafsson earned his veterinary degree (1960) and PhD (1966) from the Royal Veterinary College in Stockholm, Sweden. From 1976 to 1978 he taught at the Minnesota veterinary college, where he directed the large animal theriogenology division.

Honors bestowed upon Dr. Gustafsson include being elected as a foreign member of the Royal Swedish Academy of Agriculture in 1997, receiving the David E. Bartlett Lifetime Achievement Award from the Society of Theriogenology/American College of Theriogenologists in 1998, and receiving the “Peter Hernquist” Gold Medal of the Swedish Veterinary Association in 2002.