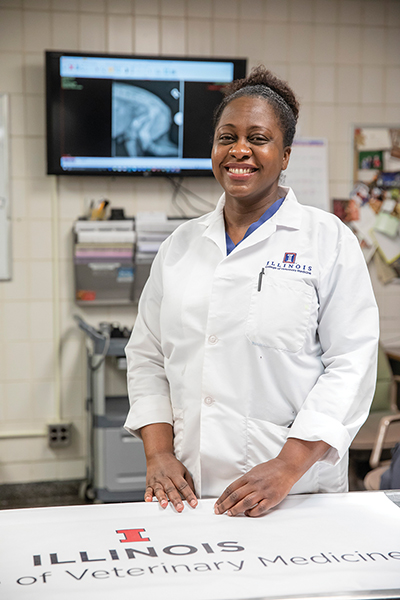 Above: Dr. Tisha Harper is a clinical associate professor and the service head for small animal orthopedics and rehabilitation at the Veterinary Teaching Hospital.

For coxofemoral luxation to occur at least two of the major stabilizers need to be disrupted. Typically the joint capsule and ligament of the femoral head are disrupted. In severe cases the gluteal muscles may also be disrupted.

Manipulation and palpation of the limb will reveal pain, swelling, and crepitus over the coxofemoral joint. Palpation must be done gently to minimize damage to the articular cartilage of the femoral head.

Diagnosis is confirmed on radiographs. Two orthogonal views must be taken. Radiographs must be taken not only to confirm the diagnosis of coxofem­oral luxation but also to rule out other abnormalities that would preclude closed reduction of the luxation. These include fractures of the femoral head, neck, or greater trochanter or acetabular frac­tures. Avulsion fracture of the ligament of the head of the femur should also be ruled out. Pre-existing diseases that would prevent closed reduction include Perthes’ disease and hip dysplasia.

Coxofemoral luxation can be treated by open or closed reduction. The aims of treatment are to reduce the luxation, sta­bilize the joint, and avoid further damage to the articular cartilage. The method of treatment is dictated by the direction of the luxation, the chronicity of the injury, the presence or absence of concurrent diseases (e.g., hip dysplasia), and whether there are concurrent injuries (e.g., poly­trauma patients). Economic constraints may also dictate what procedure is ultimately chosen. 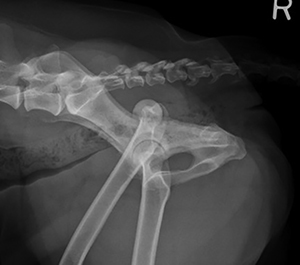 Place the patient in lateral recumbency with the affected limb uppermost. For patients that cannot have general anesthesia, sedation and an epidural should be considered. Countertraction of the pelvis is needed for closed reduction. Application of distal traction and ex­ternal rotation will position the femoral head over the acetabulum, then internal rotation of the limb will seat the femoral head into the acetabulum (craniodorsal luxation). Assess limb length and the position of the greater trochanter to determine if reduction was successful.

Radiographs must again be taken to confirm that the hip has been reduced. The limb then needs to be placed in an Ehmer sling (craniodorsal luxation) or tape hobbles (ventral luxations) for 10 to 14 days to maintain the reduction. I prefer to place the sling before taking postre­duction radiographs. The success rate following closed reduction is about 50%. If the joint reluxates easily, consider open reduction or a salvage procedure. 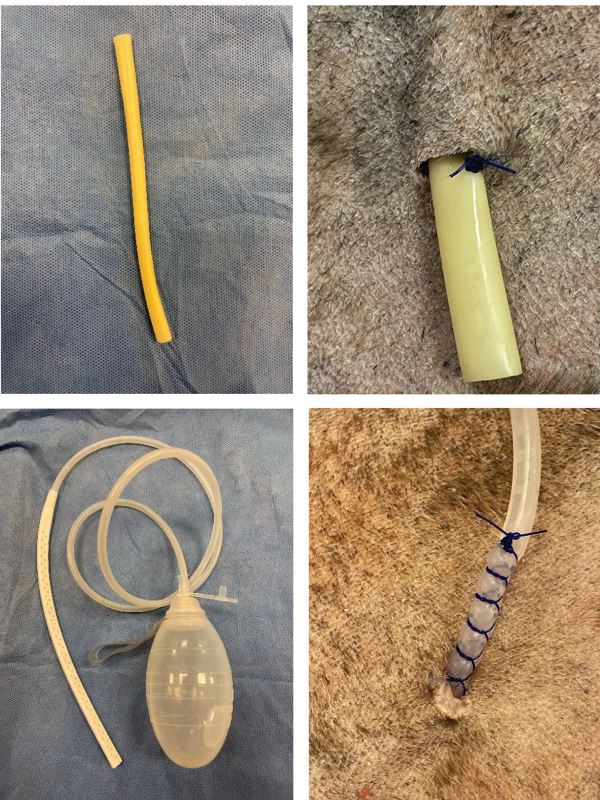 Use of Drains in Small Animal Patients 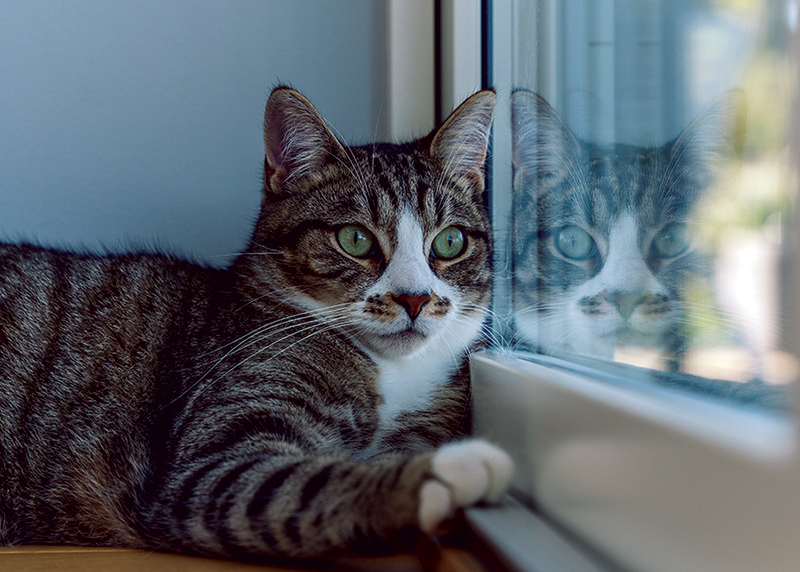 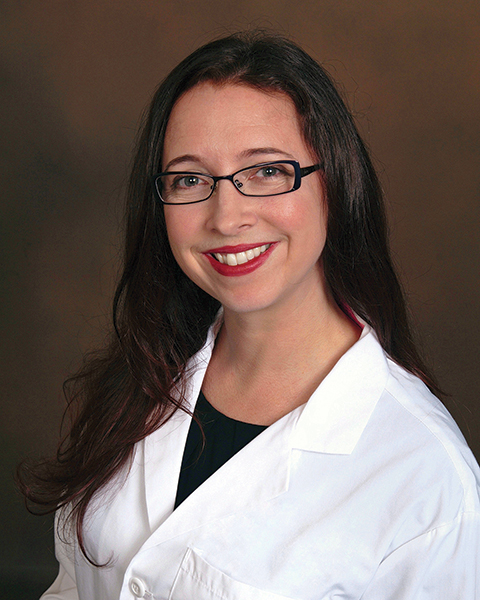