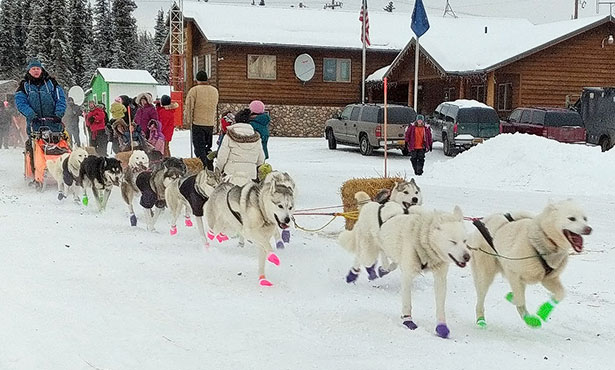 516 dogs were examined for the Copper Basin 300

Alumna Dr. Cristina (Nina) Hansen has been enjoying life in Alaska since graduating with the Illinois DVM Class of 2007. Immediately out of school, Dr. Hansen moved to Alaska and worked in small animal practice for three years. She then completed a PhD at the University of Alaska Fairbanks (2015). Following this, she received a job offer with the University of Alaska Fairbanks Department of Veterinary Medicine, where she currently holds a postdoctoral instructor and researcher position. Dr. Hansen also serves as head veterinarian for two sled dog races: the Copper Basin 300 and the Yukon Quest.

A classmate and friend of Dr. Hansen’s, Dr. Kelli Kramer, was recruited to be a volunteer veterinarian at this year’s Copper Basin 300, which was held in January. Dr. Kramer owns Perryville Pet Hospital in Rockford, Ill. The emergency work that she’s used to doing proved useful for the race, as thinking on your toes is crucial.

(In previous years, fellow members of the Class of 2007 have participated, including Drs. Jen Burton, Hector Gutierrez, and Jason Wrage.)

The Copper Basin 300 is a race across what is known to be the toughest 300 miles in Alaska. Rugged territory and harsh weather conditions can make for a trying five days, but the skillful hands of the veterinarians and help of generous volunteers allow the race to run smoothly and enjoyably for all.

A crew of six veterinarians—plus technicians and assistants—is required to perform full examinations on each dog before the race. This year, 43 teams enrolled to race; each team consisted of 12 dogs, a musher, and a few handlers. All 516 dogs were thoroughly checked over by Dr. Hansen’s efficient group of veterinarians. They listened to hearts and lungs, examined each foot and paw, and checked overall body condition to ensure each dog was capable of racing. According to Dr. Hansen, there are only a couple dogs a year who aren’t cleared to run.

Once initial exams are complete, the race begins in the small town of Glennallen. Each team takes off at two-minute intervals and heads toward the first checkpoint about 50 miles up the trail. A GPS tracking device tells the veterinarians where each team is along the course; wherever there are dogs there must be vets as well. There are five checkpoints along the 300 miles of covered territory, each of which includes a small shelter for sleeping and space for examinations. A mandatory resting period of six hours must be taken at one of the stops. Upon arrival at each of the checkpoints, the dedicated mushers turn their full attention toward their dogs. Bedding straw is laid down, food is distributed, and the musher spends time with each dog. This is also the time when the veterinarians make their rounds and ensures that the pups are in quality health condition.

“These mushers are truly passionate about their dogs. Every single one at every single checkpoint touches and talks to every dog; each has a name and certain position within the team,” Dr. Kramer said. “There is a true connection between these mushers and their dogs.”

Although the Copper Basin 300 is a smaller race than others in the state, the community that gathers each year only grows. Last year, a lodge at one of the designated checkpoints burned down. In the wake of the fire, this year’s race saw extra helping hands and resources; the checkpoint still remained, only with tents instead. Both Dr. Hansen and Dr. Kramer were blown away by the generosity they witnessed from the community volunteers.

“Each of these little communities would have volunteers come in to help provide for the teams and other volunteers. People come from all over every year to support this race…. [They] follow from checkpoint to checkpoint just for support, without knowing anyone in particular,” Dr. Kramer explained.

“I just invite anyone to come up and see this race. At the finish line, all the dogs are jumping, barking, and wanting to keep running … the sleds are anchored so the dogs can’t pull them away, and handlers will have to grab a line to make sure that they stop!” Dr. Hansen said. The winner of the 2018 Copper Basin 300 was Nicolas Petit. 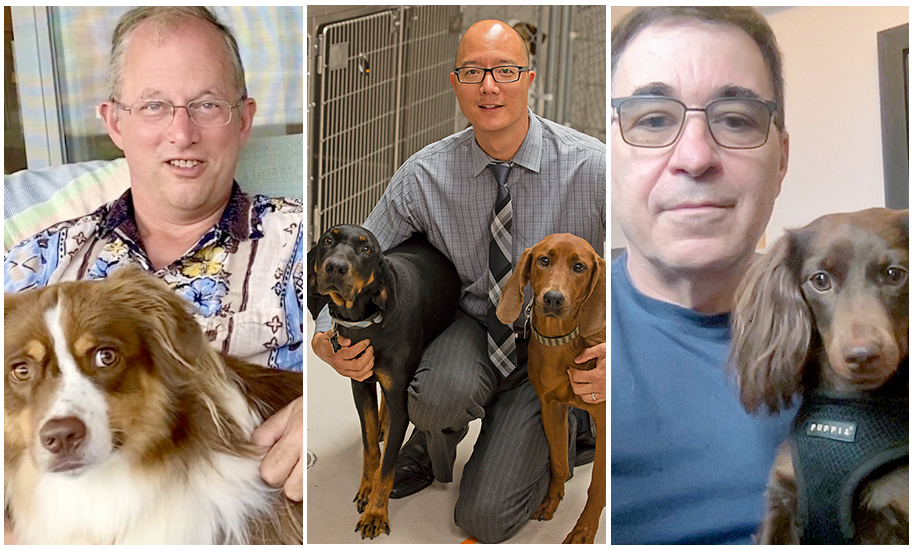 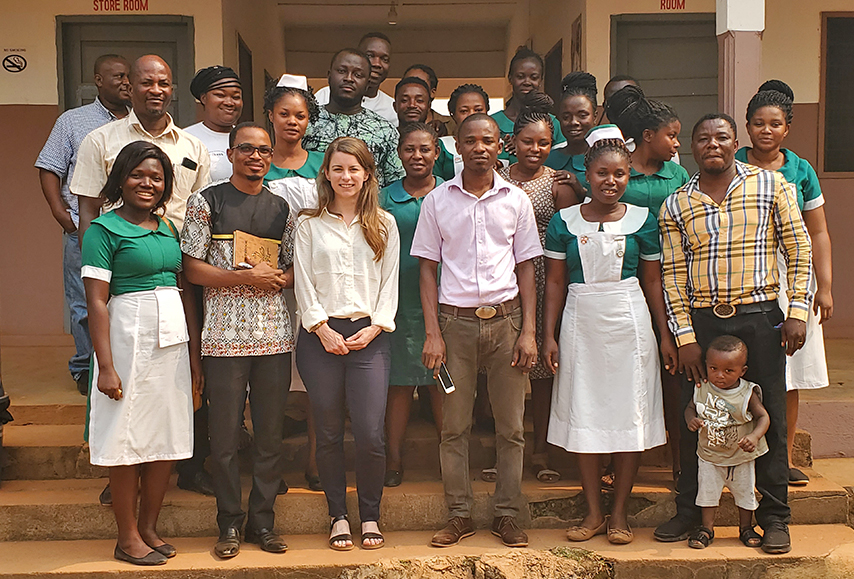 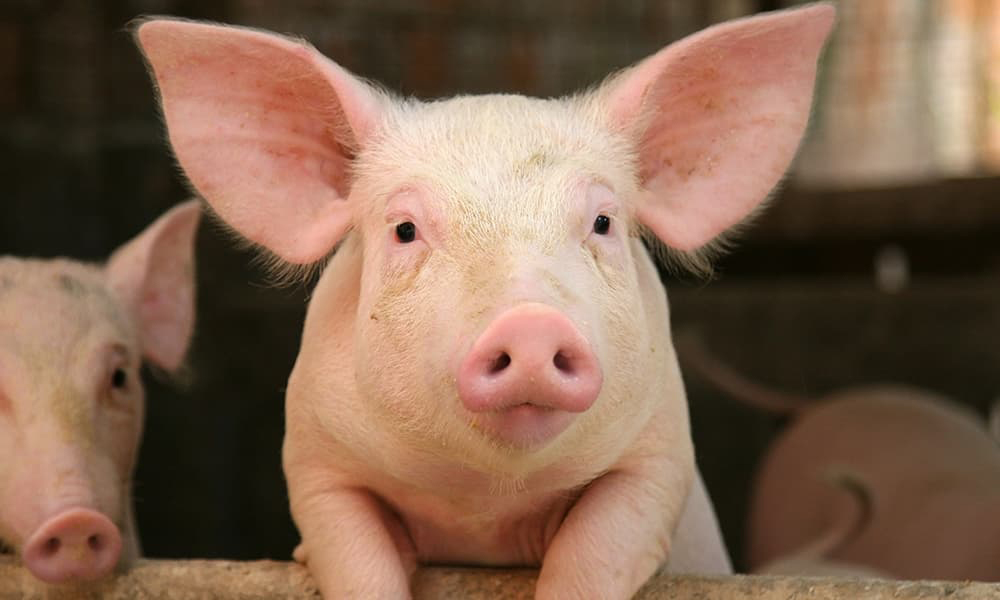