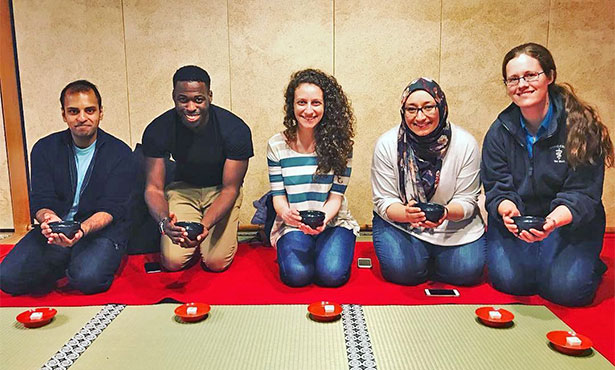 In April of 2018 I had the distinct pleasure to attend a Keystone Symposia on Mitochondrial Biology in Kyoto, Japan. Although attendance of the meeting resulted in missing a week of class just before finals, I do not regret the decision to attend, for the trip was far beyond anything I could have imagined.

After a 14-hour flight to Seoul, South Korea, then a quick flight to Osaka, Japan, I was so excited to see a dear friend of mine from undergraduate waiting for me when I arrived at the airport. We visited various gardens, temples, and shrines around Osaka, Nara, and Kyoto. I learned basic train navigation, proper greetings and etiquette, and we ate some absolutely incredible food.

After becoming acquainted with Japan, next began the mitochondria meeting. This meeting was phenomenal! It was packed with the world’s leading experts in mitochondrial biology and autophagy, including Drs. David Sabatini, Thomas Langer, Luca Scorrano, Jodi Nunnari, and Jared Rutter, with 600 attendees and 30 countries represented. The pure scientific content of the meeting was outstanding. I learned of groundbreaking research that fundamentally changed my view of my favorite organelle, the mechanisms of how mitochondria function (besides generating ATP), and their role in health and disease.

I was fortunate enough to share a room with two post-doctoral researchers from Bosnia and Israel. We stayed up well past midnight, talking about politics and the presentations from that day, which were our favorite, which findings we questioned, and which presentations we were looking forward to the following day. We also enjoyed exploring countless shrines around Kyoto with several other researchers from Canada, England, Lebanon, and the U.S. We tried cherry blossom and green onion ice cream and participated in a tea ceremony and traditional dance (or watched while the others danced). My time with this group of brilliant individuals will be forever cherished, and I am grateful for gaining such wonderful new friends. (In the photo above, I am at right participating in the Green tea ceremony at Kinkaku-ji with Salil Srivastava, affiliated with Novartis; Colwyn Headley, from the Texas Biomedical Research Institute; Caline Matar, from the Broad Institute; and Rasha Sabouny, of the University of Calgary.)

Although this trip was built around my love for mitochondria, the experience and memories that I gained are more valuable than I could have imagined.

During my departure, I sat in the Seoul airport waiting for my next flight, catching up on cardiac pathology lectures. It was then that I realized that was the day North and South Korea were meeting in a summit in Panmunjom, less than 30 miles away from where I was sitting, an event equated by many to the fall of the Berlin wall. I watched as people in the airport gathered around monitors to watch the news and discuss how the summit would ultimately affect their lives. It was fascinating to be so close to a major diplomatic event and the response in the immediate surrounding, even as a mere passerby.

My experiences in Japan were absolutely wonderful. The sheer kindness that people showed for each other, even complete strangers, was heartwarming. If an elderly individual entered a busy train, a seat was immediately made available. The organization and attention to detail of so many aspects of day-to-day life was amazing, including paths painted on the platforms at train stations and bus stops so people enter and exit in an orderly way, little trays at stores to place money when going to buy something, and raised yellow paths on sidewalks so blind individuals would be better able to navigate the city.

Everywhere we visited was impeccably clean. People had so much passion for their work and home that they went the extra mile to keep everything neat and tidy. The culture was beautiful. The history around Kyoto, Nara, and Osaka was remarkable, with castles, temples, and shrines being built over 1200 years ago. I was humbled by the kindness that people showed me personally. I know little Japanese, but I never felt belittled or ostracized. Even with a language barrier, we were still able to communicate respectfully and enjoy our interactions together.

Although this trip was built around my love for mitochondria, the experience and memories that I gained are more valuable than I could have imagined. I was immersed in a new culture, in a country far from home where I did not speak their language. Yet, with all of those differences, I felt so much kindness from those I met, and I was humbled by the cultural beauty. 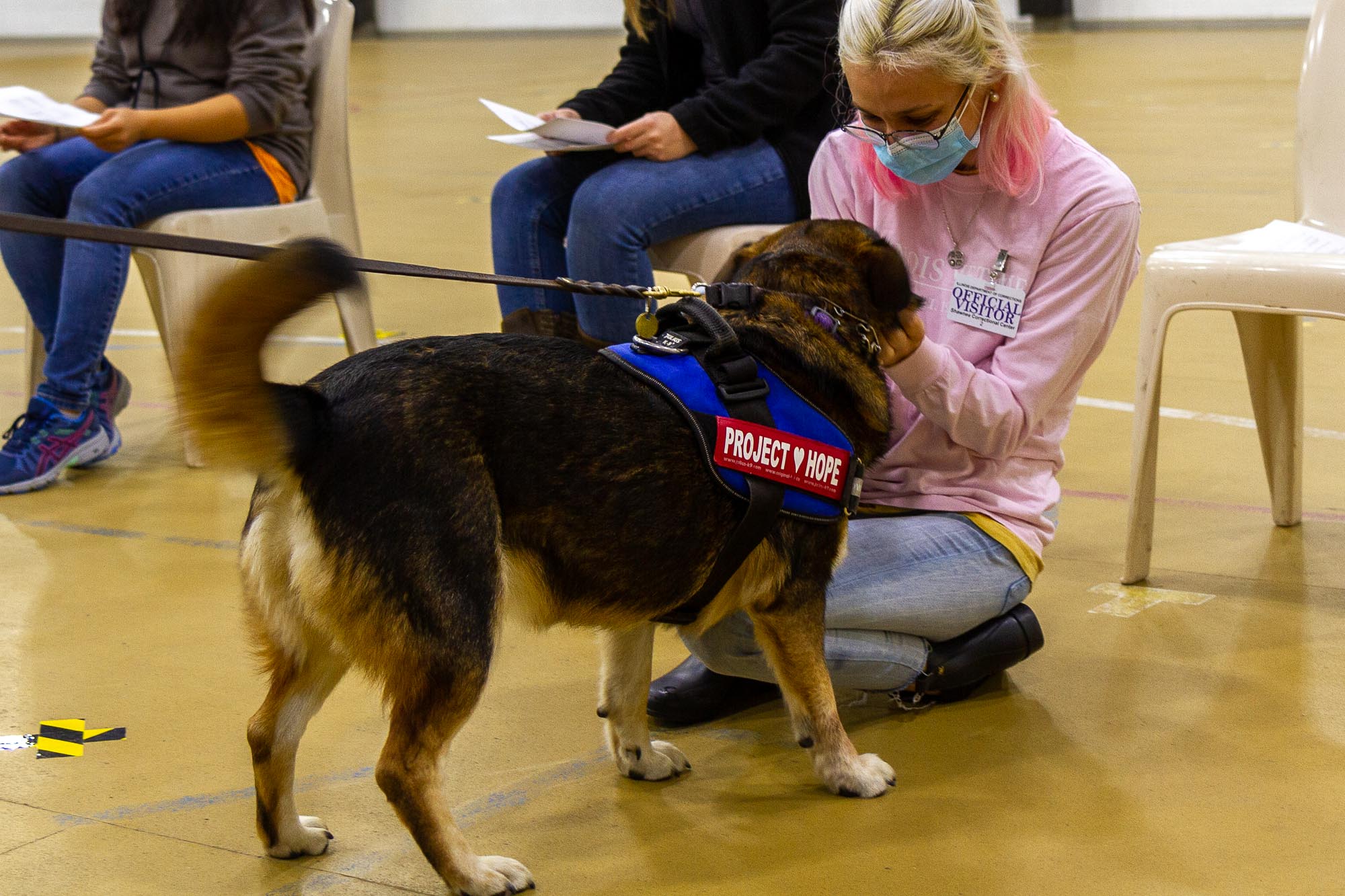