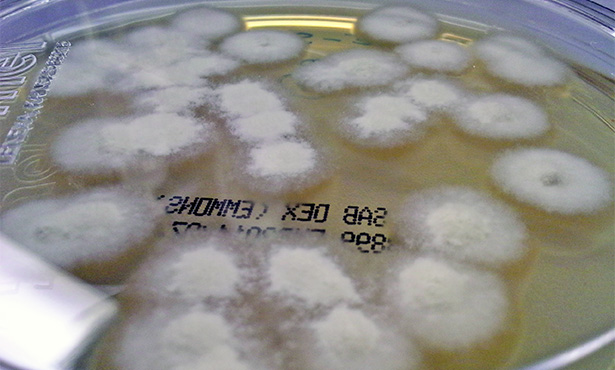 Having a journal article published during veterinary school is definitely a notable accomplishment—especially if it has already been cited several times since its publication in February 2016.

Marta Rzadkowska, a first-year veterinary student at Illinois, is one of the co-authors of a publication titled, “Evaluation of Common Disinfectants Effective Against Ophidiomyces ophiodiicola, the Causative Agent of Snake Fungal Disease.”

Research as an Undergraduate

“I came to Dr. Matthew Allender during my junior year of undergrad looking for a mentor to guide me with a senior research project,” says Rzadkowska, who participated in the Integrative Biology Honors Concentration at the University of Illinois. “His work on snake fungal disease made him one of the leading people studying the disease, and my participation in various studies sparked my interest in the topic.”

Dr. Allender is an assistant professor of veterinary clinical medicine and the director of the Wildlife Epidemiology Laboratory (WEL). WEL serves as a collaborative research program in identifying and describing the infectious and non-infectious diseases of reptiles and amphibians. It is a world leader in researching newly recognized wildlife threats, including snake fungal disease and ranavirus in turtles.

Putting Disinfectants to the Test

At the time, WEL was working on several studies with snake fungal disease and it was crucial that the lab maintained good disinfection practices to prevent spreading the disease.

“We decided it was necessary to test the disinfectants we were using because they were originally written for use in turtles and amphibians, not snakes,” says Rzadkowska.

“Marta performed the entire study from start to finish,” Dr. Allender says. “She was in the lab growing the fungus and checking daily on its growth and response to disinfectants. She learned how to describe the data and then drafted her manuscript that we revised together.”

[The photo at the top shows one of the petri dishes used to grow the fungus.]

‘Tremendous Leader in the Lab’

According to the publication, products such as Lysol, bleach, and ethanol can be effective in clearing out O. ophiodiicola, the fungus causing snake fungal disease. The methods are tested and proven to reduce the spread of the often-fatal disease.

“The results of the disinfectant study allow us to give recommendations to veterinarians, zoos, and biologists who are also working to keep snake fungal disease out of their snake populations,” Rzadkowska says.

“Marta has been a tremendous learner in the lab, and she has a good feel for how to accomplish research in a practical and efficient way,” says Dr. Allender.

Rzadkowska’s goals for the remainder of veterinary school include figuring out what area of veterinary medicine she would like to pursue after graduation and continuing to contribute to local and global conservation projects with Dr. Allender in his lab.