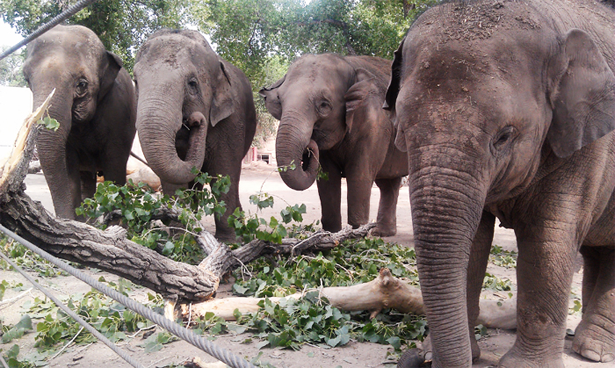 Mycobacterium tuberculosis, the organism that causes tuberculosis in humans, also afflicts Asian (and occasionally other) elephants. Diagnosing and treating elephants with TB is a challenge, however, as little is known about how their immune systems respond to the infection. A new study begins to address this knowledge gap, and offers new tools for detecting and monitoring TB in captive elephants.

The study, reported in the journal Tuberculosis, is the work of researchers at the University of Illinois Zoological Pathology Program (ZPP), a division of the veterinary diagnostic lab at the College of Veterinary Medicine in Urbana-Champaign. ZPP is based in Chicago, serving zoos and wildlife in the region and beyond.

More than 50 elephants in captivity in the U.S. have been diagnosed with tuberculosis since 1994, the research team reports. The evidence suggests that humans can transmit the disease to elephants and that elephants also may serve as a source of exposure for humans. 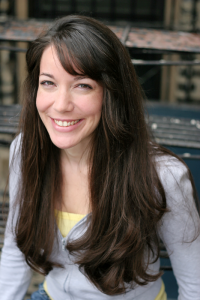 Dr. Jennifer Landolfi, a veterinary pathologist in the Zoological Pathology Program, led a study of elephant immune responses to infection with Mycobacterium tuberculosis, the same bacterium that causes TB in humans. | Photo by Rance Rizzutto Photography

When infected, elephants may appear healthy or only show general symptoms, such as weight loss, that could be associated with a variety of maladies, said Jennifer Landolfi, a veterinary pathologist who led the new research. Most cases are found as a result of routine tests which involve checking the blood for antibodies against TB, or collecting samples from an elephant’s trunk and culturing the bacteria it harbors.

But these approaches are problematic, Landolfi said. Culturing mycobacteria takes time and is imprecise, while antibody responses may take weeks to develop and only indicate exposure, not necessarily infection or disease.

“We are always trying to improve and seek out new diagnostics that will allow for earlier, more accurate detection of this infection,” she said. “We also need to find ways to monitor the treatment response.”

In humans, exposure to tuberculosis rarely results in full-fledged disease. Most people’s immune systems eradicate the bacterium or at least keep the disease at bay, Landolfi said.

“Less than 10 percent of the people who are exposed actually develop the disease,” she said. In those cases, an inadequate immune response is almost always to blame. “Our hypothesis is that something similar is happening in the Asian elephants.”

To test this, Landolfi and her colleagues looked at protein mediators that are part of an elephant’s immune system. These small signaling molecules, called cytokines (SIGH-toe-kines), spur a cascade of cellular reactions that help the body fight infection. But detecting cytokines in elephants is difficult because antibodies that target elephant cytokines are not available.

“Instead of trying to detect the cytokines using antibodies, we said, ‘why don’t we take a step back and detect the nucleotides that code for those proteins?’” Landolfi said. “We’re talking about messenger RNA (mRNA), which is used by the cell to synthesize these proteins.”

After developing the tools to detect cytokine mRNA in elephants, the researchers collected blood from eight TB-positive and eight TB-negative Asian elephants, and isolated the white blood cells. They exposed the cells to proteins associated with TB and then analyzed the cell culture for expression of certain cytokines.

Their analysis showed that TB-positive and TB-negative elephants differed in their immune responses after exposure to TB bacterial proteins.

“The cytokines were at higher levels in the positive animals,” Landolfi said. “That suggested that those animals had more of an immune reaction when they were exposed [to proteins associated with TB] than the animals that were negative.”

If confirmed in future studies, the findings suggest a faster and more reliable way to diagnose TB in captive elephants, Landolfi said. The same kinds of tests are already used in humans.

“That is something that we want to move towards with elephants,” she said. “Most of the elephants don’t show us a lot of signs of disease, and even when they do appear to be sick, it’s very non-specific.”

This makes it difficult to diagnose them and to determine if treatment is working, she said. Having a new way to monitor the elephants’ immune response would improve both tasks and improve elephant health and wellness.