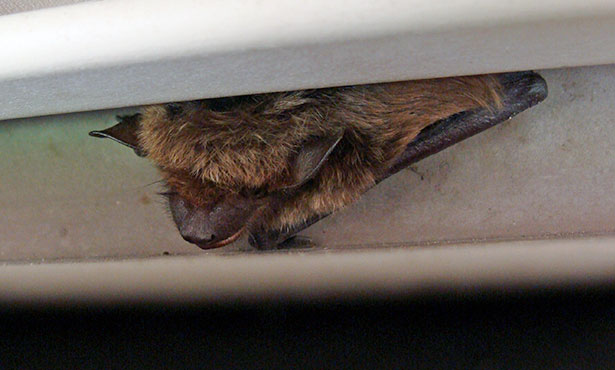 Rabies is deadly for pets and people. Vaccinate!

Is rabies still a concern in the United States?

Yes! Each year, the Centers for Disease Control and Prevention (CDC) reports that they receive over 5,000 confirmed cases of rabies in animals. More than 90 percent of these are from wildlife. Skunks, bats, and raccoons are the most common species affected. The most common domestic animal testing positive for the disease is cats.

In Illinois, bats are the most common wild animal afflicted. (The photo above shows Myotis lucifugus, as known as little brown bat, one of the most common species of bats in Illinois.) The Illinois Department of Public Health has confirmed over a dozen cases in 2017 so far.

For more statistics about the rabies virus, you can visit: https://www.avma.org/sites/default/files/2019-11/RabiesInfographic2016Data.jpg

Is rabies an international problem?

Absolutely. Over 30,000 people die of rabies annually from dog bites. The majority of these deaths occur in Asia and Africa. India has the highest rate of human rabies cases, with over 20,000 deaths reported annually. This is due largely to an overpopulation of stray, unvaccinated dogs.

How do you test for rabies?

The only way to confirm a rabies suspect is to send the animal’s brain to a special laboratory for microscopic testing. Unvaccinated pets that show symptoms of rabies—which may mimic the symptoms of other non-infectious diseases—may have to be euthanized for testing due to public health concerns. And trust us, you do not want to go through that!

How can I prevent my pet from getting rabies?

That’s easy – vaccinate! Talk to your veterinarian about what vaccine is right for your pet. Many vaccines are good for 3 years. If you are not sure when your pet is due for its next rabies vaccination, ask your veterinarian. Rabies is considered a “core” vaccine, meaning every dog and cat should receive it and be up to date at all times because the risks are minimal and the benefits profound. The vaccine is also legally required in nearly every state.

Is rabies always fatal to humans and animals?

Yes, almost always. Of the 37 human cases reported in the United States since 2003, 34 have been fatal.

What are the symptoms of rabies?

The symptoms can vary widely. Any animal that is unvaccinated and is showing neurological symptoms should be considered a rabies suspect.

Some animals have a significant personality change and become fearful or aggressive. They may also foam at the mouth and have difficulty walking, which may progress to paralysis and seizures.

What should I do if I see a wild animal that looks like it could have rabies?

Do not approach wild animals, especially wild animals that are acting abnormally. Report the case to your local animal control. Dead wildlife can also spread rabies if you come in contact with their saliva or brain tissue against an open wound on your skin.

What should I do if I am bitten by wildlife or by an unvaccinated animal?

Wash the area with soap and water for at least 15 minutes. Contact your physician and explain what happened. Your physician will decide whether you will need to receive the post-exposure treatment recommended by the U.S. Public Health Service.