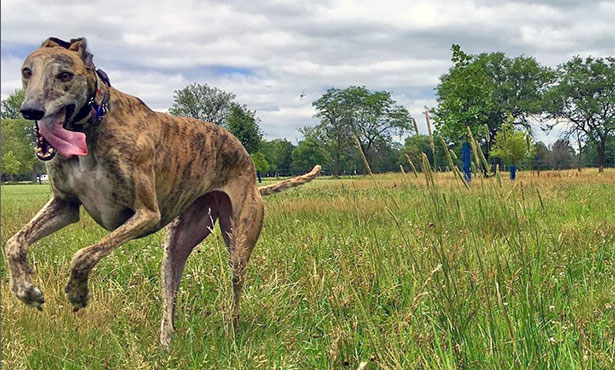 Kora Is Recovering from Exertional Rhabdomyolysis

It happened on a gorgeous but cool—only 75 degrees F—Saturday afternoon in mid August. Kora, a young retired racing greyhound, was playing and romping around at a three-acre dog park in Chicago when she was afflicted with a rare but life-threatening condition called “exertional rhabdomyolysis.”

Dr. Drew Sullivan relates the following cautionary tale about Kora, one of his patients. Dr. Sullivan is a primary care veterinarian at and the director of the Medical District Veterinary Clinic, a Chicago-based practice operated by the University of Illinois College of Veterinary Medicine.He says Kora’s recovery was result of teamwork between multiple veterinarians; Kora’s owner worked with Dr. Sullivan after Kora had been hospitalized on IV fluids and also worked directly with Dr. Jenifer Barker, a greyhound veterinarian in Wisconsin who spent years treating greyhounds at the race track.

Exertional rhabdomyolysis refers to extreme muscle damage that occurs as a result of short, high-intensity workouts. Affected animals may appear dehydrated, painful, weak, disoriented, and nauseous. Rhabdomyolytic attacks can happen to any animal or person after extreme or unaccustomed exercise, but it is most commonly diagnosed in racehorses.

Kora was one of several dogs that were chasing a remote control car at the dog park that day. With Kora’s background in racing, she was likely trained with remote control cars, and she chased the car at racing speeds for 5 to 8 minutes, catching it multiple times.

After less than 10 minutes of chasing, it was clear that Kora had injured her paw, and she seemed to be panting excessively. Her parents packed up Kora and her brother Charlie, and they returned home. Once home Kora was given water and a fan to help her cool down, but it took almost an hour for her to finally calm down. About 2 hours later, she was unsteady and her urine was very dark in color.

Not knowing what was going on but thinking she may be suffering from heat exhaustion, Kora’s owners took her to a 24-hour emergency clinic. What they thought was mild dehydration and heat exhaustion turned out to be much worse.

The severe muscle injury/damage that occurred during that short 5 to 8 minutes of chasing the remote control car caused the release of muscle breakdown products, myoglobin and potassium. Having excess potassium in the body can result in irregular heartbeats, and myoglobin is known to cause acute kidney failure. The myoglobin was responsible for the brown-colored urine.

Because of these serious consequences, Kora was hospitalized for two days on intravenous fluid therapy to help correct electrolyte imbalances, correct dehydration, and flush her kidneys. In addition to IV fluids, Kora was treated with muscle relaxers and pain medications, as she was very sore for many days.

Now more than a month after her initial injury, Kora is slowly returning to normal activity. She was restricted to leash walks for almost a month while her blood values were closely monitored.

I am happy to report that Kora has no long-term kidney damage from this condition because of the quick intervention of her parents. She was started on fluid therapy in time to prevent permanent kidney damage. While she did lose a lot of muscle mass along her back and rear legs, she is gradually rebuilding the muscle.

As a dog owner, you may be wondering if you should prevent your dog from running at the dog park to prevent an injury like Kora’s. Exertional rhabdomyolysis is a very rare condition and usually only affects animal athletes that have been away from intense training for a while and then jump back in with too much volume and intensity.

The most common dogs affected would be retired greyhounds and retired sled dogs, so unless you have one of these dogs, you probably do not need to be worried about exertional rhabdomyolysis. If you do have a greyhound, it’s important to never let him/her run at racing speeds for more than 30 seconds at a time. On the track, a greyhound race lasts between 30 to 40 seconds, where the dogs are running at top speed.

So if you do take any ex-racers to a dog park, make sure they’re only running for fun, not for speed! 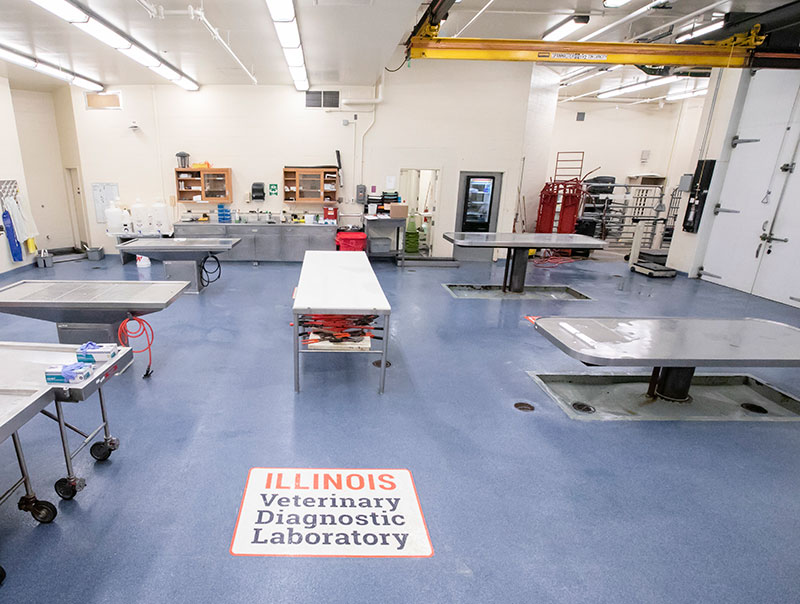 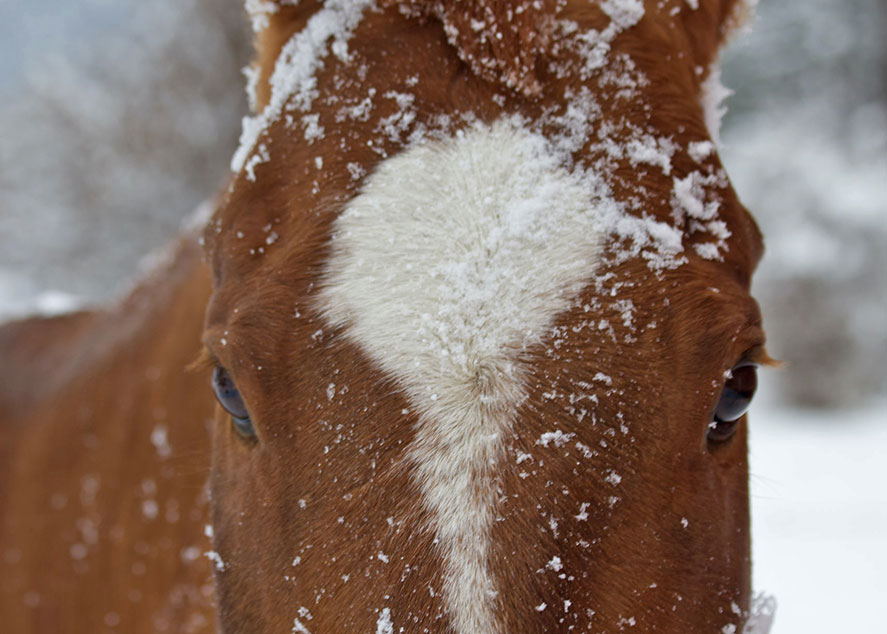 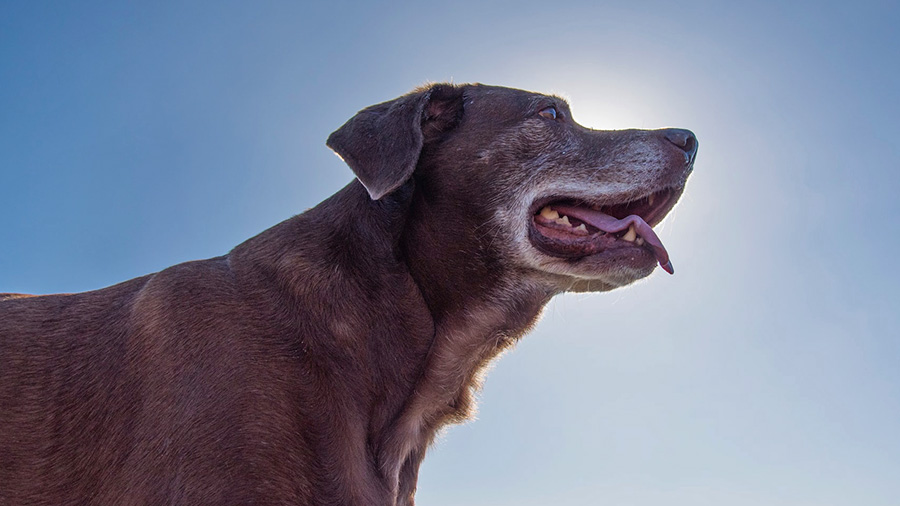