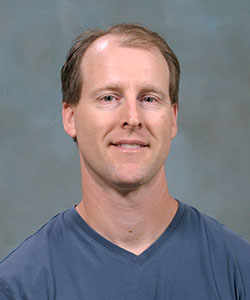 My laboratory is interested in the replication and pathogenesis of herpesviruses.  We utilize the natural virus-host model of Marek’s disease virus (MDV) in chickens.  MDV causes Marek’s disease, a devastating disease characterized by neurological disorders, generalized immune suppression, and neoplastic T cell lymphomas.  The highly oncogenic nature of MDV makes this virus an excellent model for studying the transformation of lymphocytes and the metastasis of lymphoid tumors in animals and humans, in addition to its unique cell tropism and transmission traits.  MDV initially infects B lymphocytes, followed by activated T lymphocytes, in which it can transform cells into lymphomas.  Around 2 weeks after exposure to virus, MDV infects and replicates in feather follicle epithelium (FFE) cells in the skin where it is shed into the environment as dander.  The infectious virus and dander is subsequently taken up through the respiratory tract of uninfected chickens and the virus life cycle is repeated within the new host.

How herpesviruses transmit from one host to the other is not well known.  Our laboratory has identified two viral proteins, glycoprotein C (gC) and UL13 protein kinase, that are essential for transmission of MDV from chicken-to-chicken.  The mechanistic role(s) these genes play during transmission is not known and projects are ongoing to better understand their respective functions in this process.

Another focus in our laboratory is the evolutionary basis for host switching of herpesviruses.  Herpesviruses are often associated with a single host species, indicating they have evolved together with their host over millions of years.  For example, MDV spreads among chicken flocks with ease but does not often transmit to other avian species.  Likewise, turkey herpesvirus (HVT) spreads among turkey flocks, but does not often transmit to other avian species.  Despite a high level of homology between the two viruses, rarely do they jump species.  Our goal is to understand how herpesviruses host switch and identify the genes responsible for this using natural virus-host models.

A unique attribute of MDV replication is its strict cell-associated nature during replication in tissue culture cells and during in vivo replication in lymphocytes.  The only known cell type able to produce fully infectious virus are FFE cells in the skin.  These characteristics are similar to the human herpesvirus varicella-zoster virus (VZV), which causes chicken pox and shingles, where fully infectious cell-free virus is only produced in skin cells.  The reasons for why MDV and VZV are so tightly cell-associated in vitro have long been a hindrance to research on these viruses, but we intend to use this as a benefit to understanding herpesvirus replication.

A unique feature of MDV is that its genome harbors two copies of its own telomerase RNA (TR) subunit, termed viral TR (vTR).  TRs are an essential component of the telomerase enzyme responsible for elongating telomeres and thereby sustaining the life of the cell.  The function vTR plays during MDV-induced tumorigenesis is also a focus of the laboratory.

Many herpesviruses evade the host’s immune response and MDV is no different.  We have identified proteins that may play an important role in MHC class I down-regulation and we studying the mechanisms underlying immune evasion by MDV in chickens.