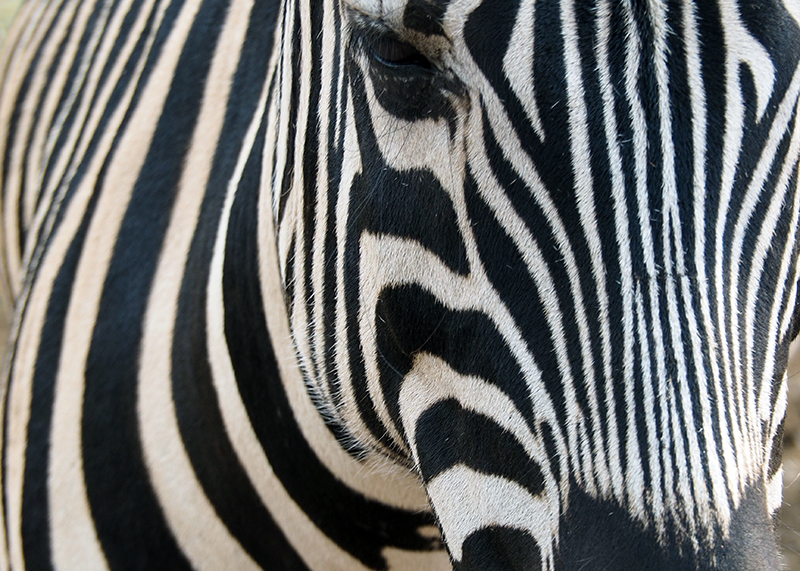 This message will appear in the April-May 2022 issue of the Chicago Veterinary Medical Association Bulletin.

We were all taught to focus first on the most common diagnostic differentials. But sometimes, the likely suspects are ruled out, one after another. Then what? In some cases, you are hearing the hoofbeats of a zebra.

Dr. Drew Sullivan, a 2011 graduate of our college who directs the college’s Medical District Veterinary Clinic, has been at the forefront as two new pathogens emerged in the canine population of Chicago. The first, the H3N2 strain of canine influenza, was a mutation of an avian influenza that had been present in dogs in Asia since 2006. The virus made its U.S. debut in Chicago in 2015, as any veterinarian in practice at that time will remember.

In February of this year, Dr. Sullivan was the primary care veterinarian for the first dog in the state of Illinois with a confirmed SARS-CoV-2 diagnosis. In both instances, he kept digging when the evidence didn’t quite fit with any obvious diagnoses.

“In 2015, the dogs presenting with influenza were sicker than those with typical canine cough,” he recalls. “Dogs often had fevers and had mild gastrointestinal upset in addition to the respiratory signs of coughing.”

And there were a lot of coughing dogs.

“If something doesn’t fit, you have to keep asking questions. The coughing dogs had been vaccinated for canine cough. Was the vaccine ineffective? I contacted the vaccine company, and they actually paid for additional testing on my patients because they wanted to get to the bottom of it too.”

When the patients tested negative for the common viruses, eventually it became clear that these dogs had something new.

The H3N2 virus was extremely contagious—almost every exposed dog caught it, though not all showed clinical signs. That virus was transmitted through aerosolized particles and could survive in the environment for a few days.

“My own dog tested positive in 2015, and he did not have any dog contact, so I believe I brought it home on my shoes or clothes,” says Dr. Sullivan.

Fast forward to 2022. The novel coronavirus has killed roughly 6 million people worldwide in a little over two years. In the United States, the first animal confirmed infected with the virus was a Malayan tiger at the Bronx Zoo. At the start of April 2020 our Veterinary Diagnostic Laboratory, with its Zoological Pathology Program as the liaison, tested samples from the tiger. The National Veterinary Services Laboratory (NVSL) in Ames, Iowa, quickly confirmed the positive results. Later that month samples from two domestic cats in New York were confirmed positive by NVSL. The first dogs confirmed positive, in June 2020, were also from New York.

But no dog from Illinois had been confirmed positive for the virus until Dr. Sullivan began to see a pattern among some of his patients in December 2021 and January 2022. The dogs were coughing, according to the owners, but Dr. Sullivan couldn’t elicit a cough in the exam room. When the owners provided videos of their pets coughing at home, Dr. Sullivan thought it didn’t seem like canine cough.

“It was more of a gagging cough, a reverse sneeze, something upper respiratory,” he says. The dogs did not have fevers and did not respond to the usual treatments. Yet the coughs lingered for weeks.

Some owners attributed their dogs’ signs to allergies, but given the winter season and the fact that dogs don’t commonly sneeze from household allergies like people do, that option seemed unlikely.

Dr. Sullivan took thorough histories. Were the dogs boarded? Socializing with dogs outside the household? In half a dozen of the cases with persistent signs, the owners reported exposure to COVID-19 in their household or, in the case of Buster, while the dog was staying with a dog sitter.

The timing of the exposures seemed to fit with the onset of the dogs’ signs.

Knowing that Dr. Ying Fang, a renowned veterinary virologist on our faculty, is working on an NIH grant to develop testing for SARS-CoV-2 in household pets, Dr. Sullivan sent samples to her. Her lab was able to detect the virus using PCR, even though Buster the pug was several weeks past the onset of symptoms. Eventually NVSL confirmed the diagnosis from the samples.

Interestingly, Dr. Sullivan noticed that low-dose steroids appeared to resolve the coughing in the case of Buster and another patient. (The other dog was treated with steroids for a neurologic problem unrelated to the respiratory issues, and the coughing stopped.)

For veterinarians, whether working on farms, in laboratories, or in local clinics, there is never a day when we know everything or have seen everything. But we have the knowledge and skills to see our patients within the broader One Health context and to keep asking questions when the pieces of the puzzle don’t fit a pattern we recognize.

Illinois veterinarians also have the partnership of the College of Veterinary Medicine and its clinical and diagnostic specialists as a ready resource to help put the puzzle together. Even if it turns out to be a zebra.

Photo by Martijn Vermeltfoort on Unsplash 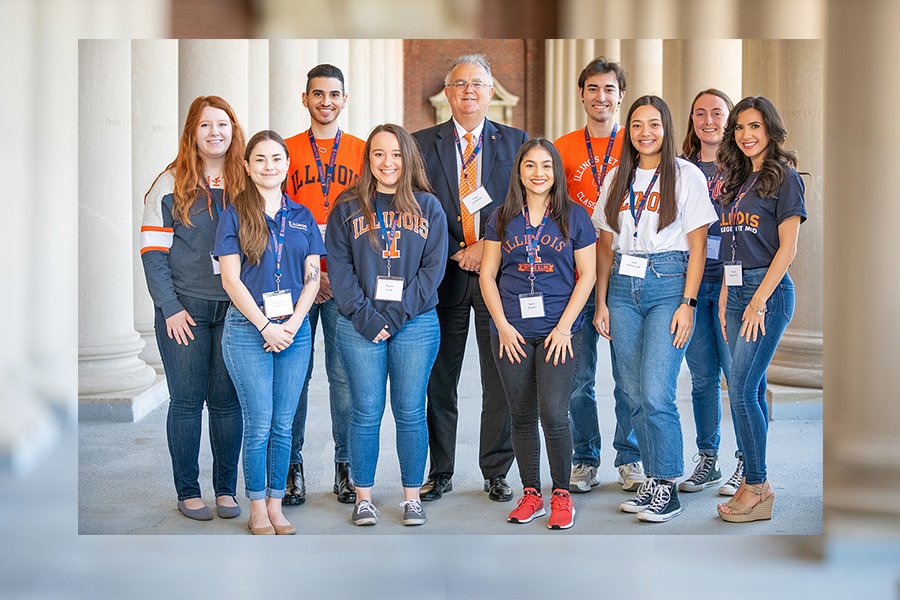 Thank You for Standing ‘With Illinois’ 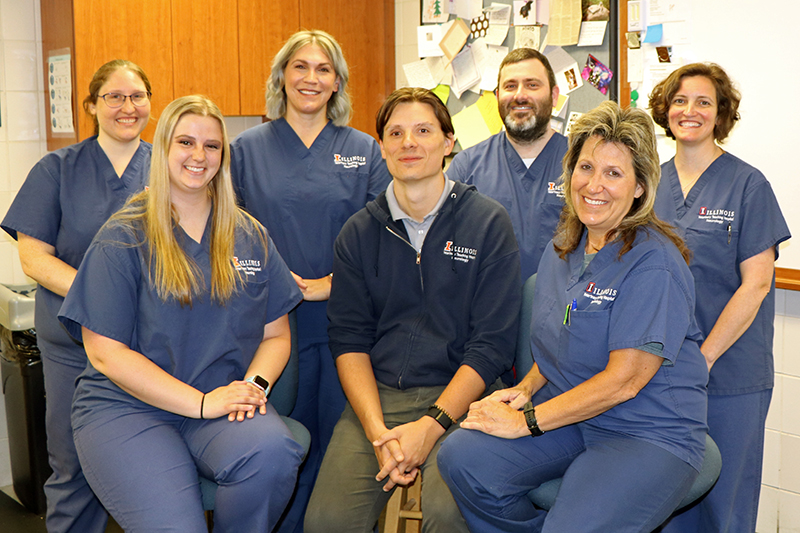 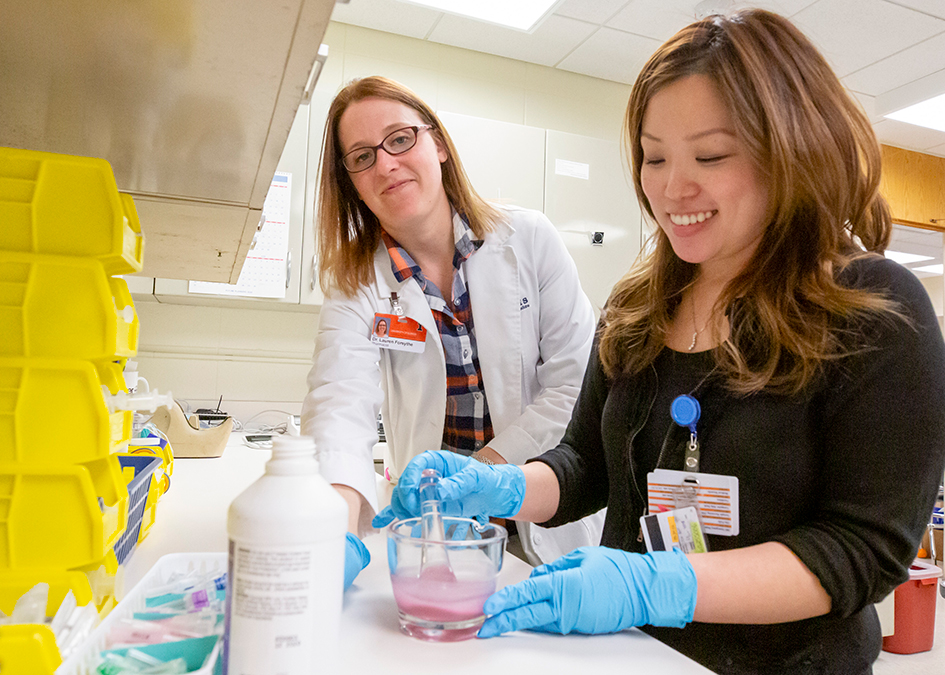