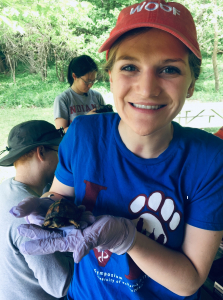 Hi there!  My name is Aubrey Engel and I’m a second year vet student in the Wildlife Epidemiology Lab (WEL)!

This summer I will be heading up north to Kane County, IL to pilot a new health study in Blanding’s turtles (Emydoidea blandingii).  This study will be very similar to the one my colleagues, Kirsten and Sam, are doing with the Blanding’s turtles in Lake County, except this is our first time ever doing a study of this magnitude in Kane County!  The Blanding’s turtle is endangered in the state of Illinois and the populations in Kane County have been identified to be at high risk.  I will be joining up with a great group of people from the Forest Preserve District of Kane County to find and perform health assessments on the Blanding’s populations in this region so we can get a better idea of what kind of things are threatening them. 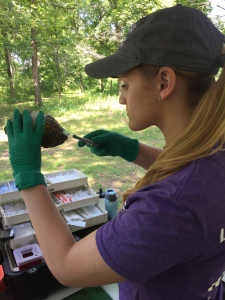 Join me on my journey!  I couldn’t be more excited to get out there and save some turtles!

About the Author: Aubrey

Aubrey is a student in the Wildlife Epidemiology Lab, going into her third year of veterinary school. She's excited about all fields of veterinary medicine, but is most passionate about conservation of endangered species, wild animals and their habitats. She is interested in working with all zoological species and aims to focus her career efforts toward protecting and preserving our planet's most vulnerable populations.