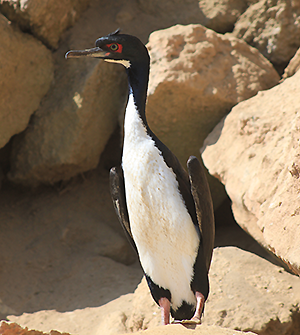 Marine ecosystems have numerous threats that include overharvesting, climate change, pollution, and more recently disease. Mounting evidence for increases in disease both directly and indirectly in the marine environment have been demonstrated for numerous marine taxa.  The impact of well-known marine diseases such as distemper in pinnipeds, worldwide coral bleaching, and sea urchin mortalities has led to significant concern not only for population sustainability, but for the impact of sympatric species within the ecosystem. Recent research has suggested that pathogens in marine systems spread faster, have fewer dispersal barriers, and may survive outside the host for longer periods of time. However, despite these factors, diseases in marine systems are often under-researched and baseline data is not available to enable detection of trends in ecosystem health. Therefore, it is crucial to monitor species in critical habitats to establish baseline health parameters that enable early detection of disease

Investigations into the health of threatened and endangered marine animals are becoming more common, but the evaluation of multiple species within the same ecosystem is rare. In addition, ongoing health assessments that include invertebrate species are virtually non-existent. In aquatic systems, invertebrates play an integral role by providing the basis of the food web and are responsible for detoxifying contaminants in the environment. Invertebrates readily bioaccumulate community-representative microflora and are therefore excellent candidate indicators for assessing environmental quality. As it has been witnessed across the world, deteriorating environmental conditions following exposure to contaminants and pathogens leads to potentially devastating invertebrate mass mortality events, that potentially threaten other species of the ecosystem. 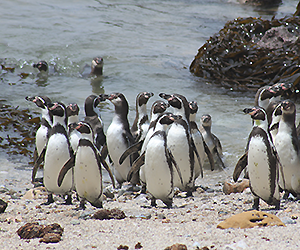 Our lab collaborates with the Chicago Zoological Society’s Brookfield Zoo on characterizing the epidemiology of Punta San Juan wildlife. Brookfield Zoo is the lead investigator on projects involving the endangered Humboldt penguin, South American sea lion, and Southern fur seal. Our lab has lead preliminary investigations into the health of the invertebrates at this site.