Why YOU Should Care about Snakes 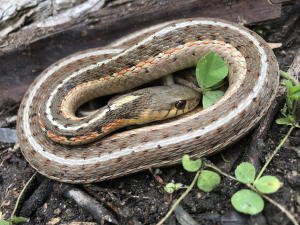 Now that all the Lake Erie water snakes have officially moved into the Wildlife Epidemiology Lab and treatment shifts are officially underway, we thought it would be fun and important to go over something that many people may have wondered once before; “what good are snakes anyway!?” 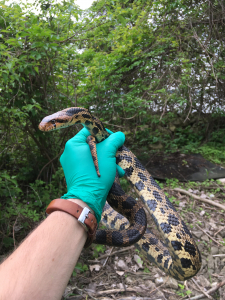 It’s certainly no secret that snakes are often times perceived in a negative light. Most commonly they are feared (aka Ophidiophobia) and sometimes they are hated due to the historic stigma against their misconceived nature. These negative biases towards snake species can lead to various harmful actions and has even resulted in planned persecutions and killings. Such actions and prejudice has unfortunately stemmed from two sources; ignorance and misunderstanding. If you have been following the adventures of Team Snake, you are probably more than aware that we absolutely love snakes. Not only are they truly fascinating creatures but they also serve a drastically critical role within their respective ecosystems. Our goal through this week’s blog is to serve as an informational piece as to why you should care about snakes.

Reason No. 1: Snakes are critical for controlling pest populations. If tomorrow, you woke up and all snakes ceased to exist, there would be extreme consequences that would soon follow. Many animals that are considered ‘pests’ would soon have population booms and wouldn’t be able to be kept in check. It can be potentially more severe since rodents are typically reservoirs for disease (i.e. Lyme disease) that could also potentially affect humans as well. With snakes slithering around in our backyards,  they drastically reduce the spread of zoonotic diseases. Sounds like an unsung hero to me!

Reason No. 2: The Food Web relies on the presence of snakes. Snakes take on a very unique role within the food web. Although snakes are predators, they are also prey for some species. This kind of role within an ecosystem is called a mesopredator. Snakes will typically hunt smaller animals such as rodents, insects, amphibians, eggs, birds, and the larval stages of various invertebrates. Thats quite the menu! Not only do they hunt but they also become the hunted. Many other larger predators such as birds of prey and foxes will not be shy to eat a snake. Interestingly enough, even other species of snake will also eat snakes, sometimes exclusively. Since snakes have such a dynamic role within the food web, their presence is an absolute necessity in order to maintain their respective ecosystems. 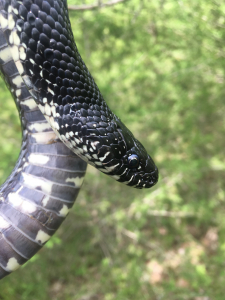 Black Kingsnake (Lampropeltis getula) that we found during a field day in Indiana! 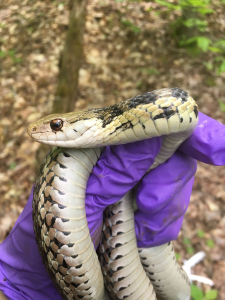 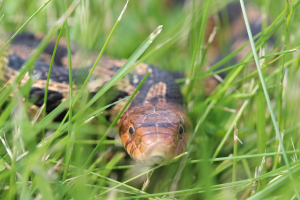 Reason No. 3: Snakes help maintain the biodiversity of Earth. With their ecological services and their dynamic integration with other species, snakes promote the maintenance of biodiversity around the world. Unfortunately however, many different species of snake have become endangered and some are on the brink of extinction. Snakes face various detrimental factors that contribute to the decline of their populations such as habitat destruction, wildlife diseases (i.e. snake fungal disease!) and the introduction of invasive species. Due to the stigma of snakes, they are also challenged with the direct persecution of their species. With all the good that snakes truly do, it is more important than ever that we do our best to keep them around in order to maintain the biodiversity of the planet!