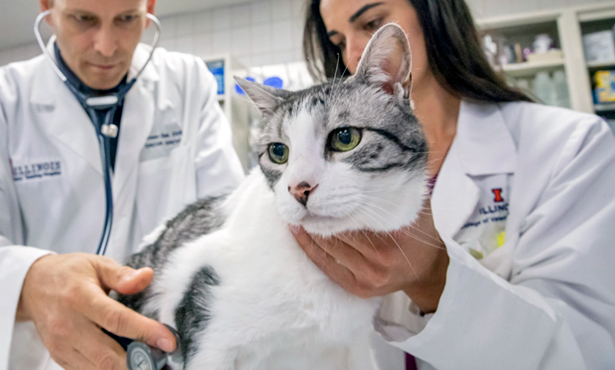 Cyclosporine is an immunosuppres­sant agent commonly used in veterinary medicine. It is licensed for the treatment of atopic dermatitis in small animals but is also used in an extralabel fashion for systemic immune-mediated conditions such as immune-mediated hemolytic anemia (IMHA), immune-medi­ated thrombocytopenia (ITP), immune-mediated polyarthritis (IMPA), and inflammatory bowel disease (IBD).

It is important to note that, although atopy generally responds to the labeled dose of 5 to 7 mg/kg/day, systemic diseases often require higher doses of 10 mg/kg/day or more. This dosage is best divided into two daily doses of 5 mg/kg due to cyclosporine’s short half-life and GI adverse effects. Absorption of the cyclosporine capsules is maximized when administered on an empty stomach, while the label recommends administer­ing the liquid formulation with or in a small meal. 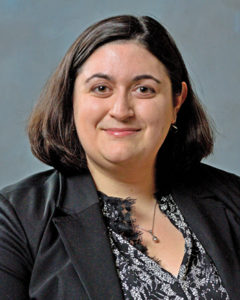 Dr. Jennifer Reinhart is an assistant professor in the small animal internal medicine section of the Veterinary Teaching Hospital.

Response of systemic immune-mediated illness to cyclosporine therapy can vary greatly between individual patients. Some variation can be minimized by using the newer microemulsion formulation of cyclosporine, which enhances oral absorp­tion. Cyclosporine should never be compounded for this reason. Microemulsion products include the veterinary-approved Atopica, human-approved Neoral, and the Neoral generic equivalents. Unfortunately, even with these products, optimal response is not guaranteed.

In some of these cases, the patient may benefit from a higher dose of cyclospo­rine. However, with increasing doses comes increasing risk for adverse effects, and excessive immunosuppression can lead to secondary infections. Thus, cyclosporine dose adjustment is ideally performed in conjunction with therapeu­tic drug monitoring.

Pharmacokinetic monitoring is the measurement of blood or plasma drug concentrations during therapy. For cyclosporine, both peak (2 hours after administration) and trough (just before next dose) levels are recommended. Target concentrations for small animals are 800 to 1400 ng/mL (peak) and 400 to 600 ng/mL (trough). Pharmacokinetic monitoring of cyclosporine should be performed no sooner than 3 to 4 days after starting the dose being evaluated, to allow drug concentrations to reach steady state. Cyclosporine blood concen­trations may be measured at the Auburn University Clinical Pharmacology Laboratory: https://www.vetmed.auburn.edu/veterinarians/clinical-labs/.

Recently, a pharmacodynamic assay for monitoring cyclosporine response has been developed. In contrast to the pharmacokinetic assay, the pharmaco­dynamic assay measures the immune system’s response to the drug, specifi­cally suppression of T cell function via interleukin-2 expression. Thus, pharma­codynamic monitoring can account for variability in response of the immune system to the drug, whereas pharmacoki­netic monitoring only detects differences in cyclosporine blood concentrations.

Cyclosporine pharmacodynamic mon­itoring should be performed at least one week after starting a stable dosing regimen. Samples should be collected 2 hours after drug administration.

It should be noted that this assay is currently validated only for assessing response to cyclosporine in dogs, so should not be used for other drugs or in other species. Currently, this assay is performed at the Mississippi State Phar­macodynamic Laboratory: https://www.vetmed.msstate.edu/clinics-locations/animal-health-center/pharmacodynam­ic-laboratory.

Therapeutic drug monitoring is not indicated routinely for every animal taking cyclosporine. Patients on lower doses for management of atopy typically do not require monitoring. Similarly, animals that demonstrate a clinical response to standard doses for systemic illness should not be tested. However, for animals that do not initially respond as expected to cyclosporine, therapeutic drug monitoring can be valuable tools in optimizing therapy.