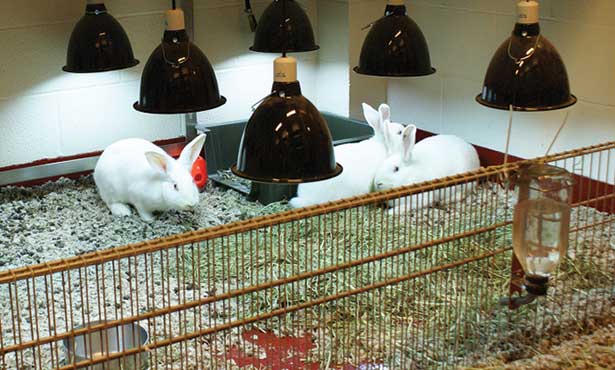 Rabbits are popular pets, with 3.2 million in U.S. households, according to a 2012 AVMA survey. Veterinarians should be prepared to help educate their clients about best practices for rabbit husbandry.

Rabbits’ lighting needs have not been explored in depth. Rabbits evolved to be crepuscular (active at dawn-dusk) to diurnal (daytime); therefore, they spend a fair amount of their day exposed to natural sunlight, which provides three important spectrums of light:

Studies in chinchillas and guinea pigs found similar results, suggesting that these animals may also benefit from exposure to ultraviolet B radiation. We are planning further research into the role of lighting in the long-term health of pet rodents.