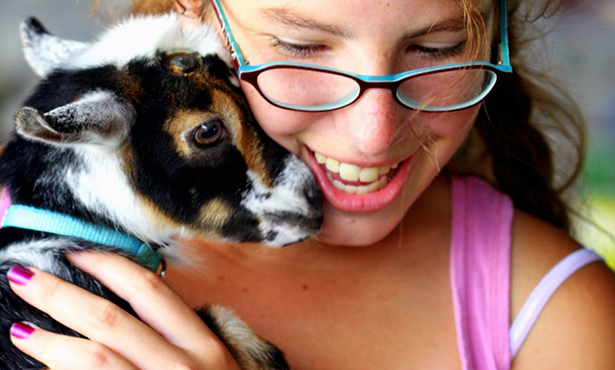 Antibiotics can no longer be used for growth promotion

Just as many people make New Year’s resolutions about dietary changes to improve health, so the veterinary world began this year with a health-oriented change to the diets of farm animals. This change, called the veterinary feed directive, took full effect starting January 1, 2017.

“The veterinary feed directive is the result of a new set of federal rules that, for the first time, has veterinary oversight of antibiotics used in livestock feed,” explains Dr. Jim Lowe, associate professor and section head of the Integrated Food Animal Management Systems at the University of Illinois College of Veterinary Medicine in Urbana. “Now all feed containing medically important antibiotics must be approved and prescribed by a veterinarian.”

“Producers with large herds have known that these new regulations were coming, so the change will not be a big shock for them,” Dr. Lowe explains. However, people with hobby farms, kids with 4-H and FFA animals, or who keep farm animals as pets may be caught by surprise.

“Even people with a pet goat or pet pig, who will never slaughter their animal, must comply with these new standards,” Dr. Lowe says. “For example, kids involved in 4-H will need a veterinarian’s approval in order to buy medicated feeds for their calves or other animals.”

The new rules were put in place to regulate the use of antibiotics in livestock. As part of these rules, all growth promotion uses of antibiotics are no longer approved.

“We need to be wiser with the use and distribution of our antibiotics,” Dr. Lowe explains. “If we are constantly feeding antibiotics to healthy cows as growth promoters or for disease prevention, the drugs won’t be as effective for the sick cows that really need treatment.”

“If we use them, we lose them,” goes the saying, meaning that if we overuse a drug, resistance may build up and the drug may become ineffective.

Some fear that using antibiotics in animals leads to more antibiotic resistance in humans. Although it’s a common assumption, there is no scientific research behind this fear.

“If there is a connection, it is very indirect and minimal. Instead, we should focus on the direct impact antibiotic use has on animals,” Dr. Lowe says. The veterinary feed directive will help conserve the important antibiotics so they will be more effective for animals when needed the most.

“Human doctors, although not federally regulated, are also aware of the antibiotic-resistance problem and are taking steps to use valuable drugs more judiciously,” Dr. Lowe says.

So what’s the next step?

“We don’t yet know what the next step is, but we know that there will be a next step,” Dr. Lowe says. “The antibiotic-resistance problem is not going to disappear on its own. As scientists and medical professionals, we must solve problems using data rather than by acting on opinions. Activity does not always equal effectiveness.”

The veterinary feed directive moves the livestock industry toward the goal of optimizing animal welfare while managing antibiotic resistance. For more information about antibiotic use in livestock, speak with your local veterinarian.