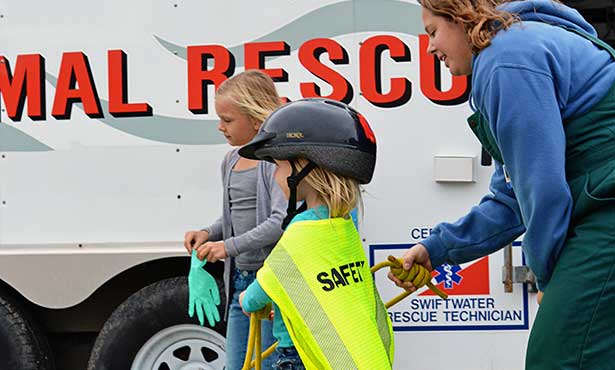 at any time, so it is essential to have a plan in place to be ready. According to Dr. Yvette Johnson-Walker, a veterinarian and epidemiologist at the University of Illinois College of Veterinary Medicine in Urbana, emergency preparedness plans should cover the animals as well as the people in a home.

An important precaution is to have each animal permanently identified in case it is separated from you during an emergency. 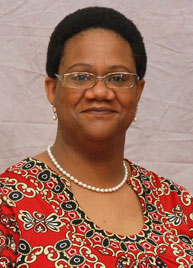 Dr. Yvette Johnson-Walker, a veterinarian and epidemiologist, trains people who work with animals in the Incident Command System, a tool for enhancing response collaboration and communication during an emergency. “We want to make sure that the needs of the animals within our community are addressed in response and recovery plans,” she says.

“Microchipping is recommended for small animals such as dogs and cats as the best way to identify the pet in the event they are separated from an owner. Collars can easily be lost, so collars should not be the only means of identification,” says Dr. Johnson-Walker. “For large animals, such as livestock, the National Animal Identification System is a way to identify where the animals are being housed as well as identify the individual animal.”

Pet owners may wonder if they could house their pets at a local animal shelter if their own home was lost during a natural disaster. Dr. Johnson-Walker explains that local municipalities are required by the Federal Emergency Management Agency (FEMA) to have a place to put pets during such times of need.

“The PETS Act (Pet Evacuation and Transportation Standards Act of 2006) requires the director of FEMA to ensure that the needs of individuals with pets and service animals are met at the state and local level prior to, during, and following a major disaster or emergency,” says Dr. Johnson-Walker.

“FEMA leaders have found that some pet owners will not evacuate a life-threatening situation without their beloved animal,” she explains. “However, if you can’t prove that your animal is current on vaccines, shelters may refuse to take your pet, so that’s another reason it’s important to keep up with annual veterinary visits.”

According to Dr. Johnson-Walker, the Centers for Disease Control and Prevention guidelines for pets housed at human evacuation shelters states that “All dogs, cats, and ferrets must have proof of current vaccination against rabies, or be vaccinated upon entry to the shelter.”

What about relocation plans for large animals or exotic pets, such as small mammals, reptiles, and birds? Dr. Johnson-Walker says that there could be some limitations, depending on the species. For example, some animal shelters may not be equipped or willing to care for a snake. Reptile owners should contact their local animal shelter and check what animals will be accepted during a natural disaster. Prearranging with friend or neighbor who likes scaly pets would be a good backup plan.

Dr. Johnson-Walker recommends keeping a pet’s medical records with the rest of the important family records or on an electronic database for easy access during an emergency. It is especially necessary if the pet is on medication for a chronic illness. A shelter would be able to administer medications to the animal, but they would need to know what those medications are.

Just as families keep emergency kits ready for their humans, don’t forget about an emergency kit for your pet. This emergency kit should include most of the same things that a person would need. Dr. Johnson-Walker recommends a kit including the following: enough food and water to last at least 3 days, any medications the pet is currently on, a leash, collar, records, first aid kit, and a recent picture of the animal.

For people who board their animal at a kennel or barn, Dr. Johnson-Walker recommends asking to see the facility’s plan for the animals during an emergency. This way you’ll know where your animal can be found in case the facility has to move it.

Dr. Johnson-Walker also notes that the college’s Center for One Health Illinois is working with companion animal rescue groups, zoos and aquariums on emergency planning.

“Funded by cooperative agreements with USDA Animal Care and a gift from the Noah’s Wish foundation, Incident Command System (ICS) training is now being provided through the College of Veterinary Medicine. ICS is a tool for enhancing response collaboration and communication during an emergency,” explains Dr. Johnson-Walker. “Our goal is to expand ICS training opportunities for people working with companion animals, livestock, and captive wildlife. We want to make sure that they can work effectively with first responders in a disaster so that the needs of the animals within our community can be part of the response and recovery plan.”

For more information about animal disaster preparedness, contact your local veterinarian or animal shelter. The state of Illinois has online recommendations and resources at ready.Illinois.gov.