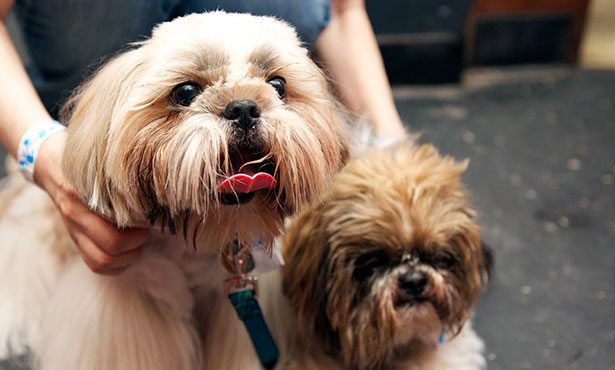 Too much cortisol can have negative impacts.

Cortisol is a steroid hormone, or “glucocorticoid,” that is normally released by the body in response to waking up in the morning, exercise, pain, and stress. Although cortisol is necessary for the body to function properly, too much cortisol can have negative impacts on people and pets alike.

Dr. Margarethe Hoenig, professor emerita at the University of Illinois College of Veterinary Medicine in Urbana, is a veterinarian who studies the endocrine system and the way hormone secretion affects the body.

“Cortisol is a hormone that is secreted by the adrenal glands,” says Dr. Hoenig. “An excess secretion of cortisol from the adrenal glands is known as hyperadrenocorticism, also commonly referred to as Cushing’s syndrome.

A tumor, either in the adrenal glands or in the pituitary gland, which is located in the brain, can cause Cushing’s syndrome. The tumor may be benign (non-cancerous) or malignant (cancerous and capable of spreading). According to Dr. Hoenig, it is unknown what causes the tumors in the adrenals and pituitary gland.

A third cause of the disease is called “iatrogenic.” This form of Cushing’s syndome can be induced if a veterinarian is giving the pet an excessive amount of glucocorticoids.

Clinical signs of Cushing’s syndrome that an owner may notice include an increase in appetite, water intake, and urination, as well as hair loss, lethargy, and an animal that is acting older.

A veterinarian will need to examine the pet to make a definitive diagnosis of Cushing’s syndrome. On physical examination, animals with this disease often have a large abdomen or “pot-bellied” appearance; bilateral, symmetrical hair loss on their sides; and skin ulcerations that do not seem to heal. Cats, specifically, tend to have more spontaneous patches of hair loss, thin skin that can easily be torn, and concurrent diabetes mellitus.

Once the veterinarian confirms through specific diagnostic tests that the animal has Cushing’s, a treatment plan will be developed. The disease nowadays is managed mostly medically but can also be managed surgically. Surgical removal of a pituitary tumor is less common than removal of a tumor in an adrenal gland, which is located next to the kidneys and easier to reach surgically.

“There are several oral medications for pets that work to suppress the function of the adrenal glands, therefore decreasing the amount of cortisol that is secreted,” explains Dr. Hoenig. “Treatment of Cushing’s syndrome with the help of these medications can increase a pet’s lifespan by approximately two years.”

For more information about Cushing’s syndrome, speak with your veterinarian.