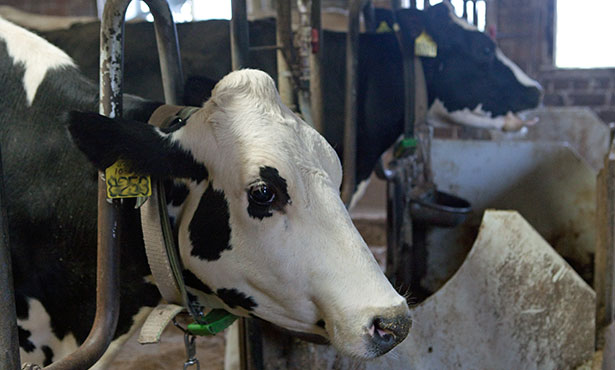 Antimicrobial resistance is a big problem that is getting bigger.

In 2014 the World Health Organization warned that “Without urgent, coordinated action, the world is heading towards a post-antibiotic era, in which common infections and minor injuries, which have been treatable for decades, can once again kill.”

Antimicrobials refer to a wide array of drugs for humans and animals that fight infections caused by bacteria and other disease-causing microbes, such as viruses, fungi, and parasites. If not all pathogens are killed when an antimicrobial is used to fight an infection, the surviving pathogens may pass along their resistant traits and a new, harder-to-treat strain may emerge. MRSA, or methicillin-resistant Staphylococcus aureus, a high-profile “superbug,” is just one example of drug resistant pathogens.

Microbes on the Move

“There has been an increase in the number of multi-resistant pathogens worldwide,” says Dr. John Herrmann, a public health veterinarian at the University of Illinois College of Veterinary Medicine. “Development of resistance occurs through mutation, selective pressure, and gene transfer. These natural processes can be accelerated by the therapeutic and prophylactic use of antimicrobials in both humans and animals.

“The mechanisms by which microbes develop resistance are fairly well known,” he adds. “However, the societal factors contributing to this resistance are controversial.”

Microbes are constantly on the move, transmitted through humans in health care and community settings, pets, food, food animals, and crops. Hospitals are an especially fertile environment for the development of resistant germs because critically ill patients are more susceptible to infections and often need broad spectrum antibiotics.

One claim frequently heard is that antibiotic use in livestock plays a big role in antimicrobial resistance, but Dr. Herrmann says the facts that don’t support that idea.

“While it is true that more than half of all antibiotics used are used on livestock, it is not true that livestock are the most critical point in creating resistant strains of bacteria,” says Dr. Herrmann.

A great deal of data on this topic have been collected through DANMAP, a program instituted in Denmark in 1995 to monitor and combat the development of antimicrobial-resistant organisms. Denmark banned the use of antibiotics in animals for growth promotion and disease prevention, with the goal of decreasing the number of cases of antimicrobial-resistant infections in people.

Despite the ban, the use of antibiotics in livestock grew, because therapeutic use went up when prophylactic, or preventive, treatment wasn’t allowed. There were also increases in human antibiotic consumption and in the number of MRSA infections.

“It doesn’t matter whether antibiotics are used to prevent illness or to treat it: either way, the drugs get into the environment,” Dr. Herrmann concludes. “Over the history of the DANMAP program, antimicrobial use has increased in both humans and animals with the same prevalence of resistant infections despite having many restrictions on the use of antibiotics in livestock.”

“Antibiotic use in people is what creates the main problem of resistance in human medicine. That doesn’t mean we shouldn’t be careful with how we use antibiotics in animals as well. Any use of antimicrobials can contribute to resistance and long-term consequences,” says Dr. Herrmann.

And every person can take steps to limit the growth of resistance. The World Health Organization urges people to keep vaccinations up to date, wash hands, use condoms, and use antimicrobial drugs exactly and only as prescribed by a qualified health professional.

Ultimately coordination of efforts between veterinary and human healthcare providers, cooperation by the public, development of new drugs, and reliance on scientific data to find solutions will be necessary if society is to preserve the benefits of infection-fighting medicines.

Please speak with your veterinarian if you have questions about antimicrobial resistance.