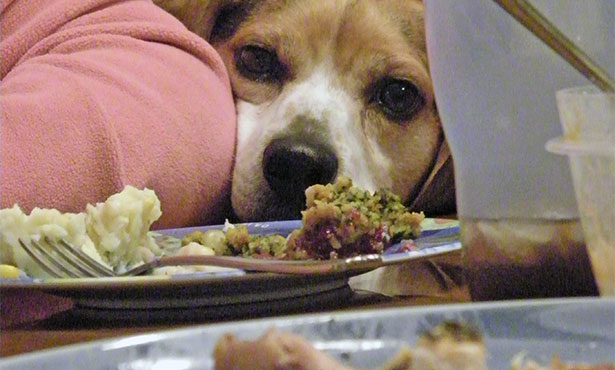 The pleading eyes of your beloved pets can be hard to resist. A few bites of that rich cheesy pizza or a lick of that creamy, rich ice cream couldn’t hurt them, right?

The truth is, feeding inappropriate food, especially to dogs, can lead to dire, even deadly, consequences, including a condition called acute pancreatitis. 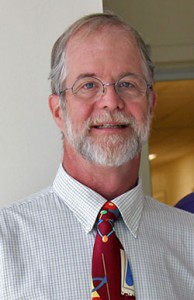 Dr. Matthew Wallig, a professor emeritus of pathology at the University of Illinois College of Veterinary Medicine, says pancreatitis is a common issue in dogs, especially small obese dogs.

What is a pancreas?

Pancreatitis is the inflammation of the pancreas, a gland that empties into the small intestine. The pancreas performs two important functions: it makes the hormones insulin and glucagon, which regulate blood glucose levels, and it makes digestive enzymes that are essential for proper digestion of food and which are secreted into the small intestine right after a meal.

Problems with the pancreas can lead not only to diabetes or seizures, but also to pancreatitis, which is a much more devastating short-term disease and not as easily treated as these other issues related to the pancreas.

“There are a few ways that pancreatitis can happen, but the big one in dogs is overstimulation of acinar cells, the cells that produce and store the digestive enzymes needed to break down fats and proteins in food,” explains Dr. Wallig.

“Whenever an animal eats food, a nerve connecting the brain stem and digestive system triggers a sequence of hormonal changes that results in pancreatic acinar cells releasing their digestive enzymes; these become active after they reach the upper small intestine,” says Dr. Wallig.

Pancreatitis may occur when the cells are so overstimulated that they secrete their enzymes into the surrounding tissue rather than into the duct that leads to the small intestine.

“When there is too much activation of the acinar cells, this essentially causes a traffic jam,” says Dr. Wallig. “The excess hormone released from the small intestine to stimulate the pancreas causes so much pressure to release the enzymes that they start leaking out in all directions, not just into the duct. Ultimately, these potent digestive enzymes become activated in the tissue that surrounds and supports the pancreas instead of in the small intestine.”

“This typically happens in obese dogs that binge eat a fatty meal. Because a large amount of fat is not a normal occurrence in their diet, all that fat overstimulates and overloads the system, leading to acute pancreatitis,” explains Dr. Wallig.

People food is often high in fat and other components that are not normally found in a dog’s diet. When an animal is given—or sneaks—high-fat people food, pancreatitis is always a concern. Acute pancreatitis is a particular concern during the fall and winter holiday season, when those yummy high-fat foods are available in abundance.

“In severe cases, the digestive enzymes enter the bloodstream and wreak havoc on many of the body’s organs, including the spleen, liver, and lungs. This ultimately causes fluid to accumulate in the lungs and the heart to malfunction, leading to shock and then death of the animal,” says Dr. Wallig.

In cases where the animal survives acute pancreatitis, there may still be some long-term consequences. Pancreatitis may cause vascular damage from the escaped enzymes and may also lead to damage of the bile duct. Dogs that continue to get into highly fatty foods may have chronic bouts of pancreatitis, which will lead to scarring and decreased functionality of the pancreas.

“Pancreatitis is what happens when Sparky gets into the Thanksgiving pie and, unfortunately, pancreatitis can be deadly,” emphasizes Dr. Wallig.

Pets of all shapes and sizes should be fed only diets specially formulated for their species. As hard as it is to say no to those begging eyes, it is important to use pet-safe treats and never offer food made for human consumption.

If you are unsure if a food is safe for your pet, ask your local veterinarian.