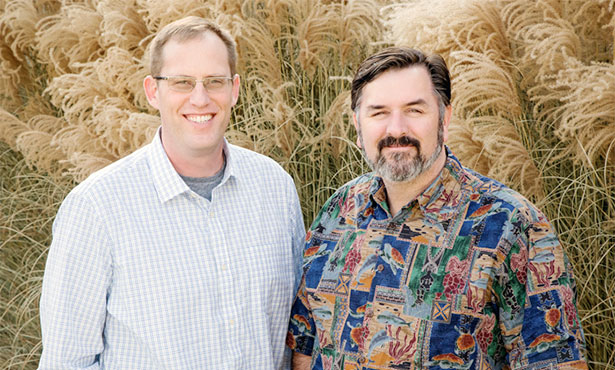 A new study of muskrats and minks in central Illinois indicates that toxoplasmosis, a disease spread by cats, is moving rapidly through the landscape and contaminating local waterways.

Researchers found antibodies for Toxoplasma gondii, the parasite that causes toxoplasmosis, in 18 of 30 muskrats and 20 of 26 minks tested for the disease in central Illinois. They report their findings in the Journal of Wildlife Diseases.

“We thought we’d do a broad prevalence survey in minks and muskrats,” said University of Illinois graduate student Adam Ahlers, who led the study with veterinary clinical medicine professor Mark Mitchell, Illinois Natural History Survey mammalian ecologist Edward Heske and natural resources and environmental sciences professor Robert Schooley. “And when we got the data back, we were really surprised because the prevalence rates were higher than expected.”

Previous studies have found toxoplasmosis in sea otters, and a few studies have detected the parasite in semi-aquatic mammals in freshwater ecosystems, Ahlers said. The researchers suspected that the widespread use of tile drainage systems and the lack of natural wetlands in central Illinois would help spread the disease.

“A lot of streams have been dredged and straightened, and animals that have to live in those habitats are exposed to increased drainage from agricultural and urban runoff,” Ahlers said.

With no wetlands to filter out pathogens such as the T. gondii oocysts, rainwater likely flushes the parasite directly through drainage tiles and into waterways, he said.

“Our hypothesis was that animals positioned in larger watersheds would be exposed to more drainage and more oocysts, so they should have higher toxoplasmosis prevalence rates,” Ahlers said.

For muskrats, at least, that idea was borne out in the results: Muskrats in larger watersheds had higher toxoplasmosis prevalence rates than those from smaller watersheds. The team found no link between mink infection rates and the size of the watershed in which they were found, but this may be due, in part, to the already-high prevalence rate in minks: 77 percent of those tested had been exposed to T. gondii.

“Minks have larger home ranges. They leave the stream system and they’re eating mice and birds and other animals that could have the disease,” Ahlers said. “Muskrats are always in the stream channel and are picking up the disease passively – probably through grooming or drinking water. They’re herbivores, so it’s also likely they’re picking it up by consuming oocysts attached to aquatic vegetation.”

About 60 percent of muskrats tested had been exposed to T. gondii.

The parasite requires a feline host: only in the cat can it reproduce and form new oocysts, which are shed in the feces and – if they survive long enough in the environment – go on to infect new hosts.

“This parasite’s goal in life is to get back into a cat,” said Mitchell, who has traced toxoplasmosis infection in wildlife as far afield as the Galapagos Islands, where cats were introduced in the 16th century.

Infection – in prey animals and in humans – is associated with unhealthy behavioral changes, Mitchell said. Infected mice lose their natural fear of cat odors and, as a result, become more susceptible to being eaten by cats.

Health experts estimate that up to one-third of the world’s population has been exposed to T. gondii.

The Illinois Natural History Survey is a division of the Prairie Research Institute at Illinois. The U.S. Department of Agriculture contributed to this research.

The paper, “Risk Factors for Toxoplasma gondii Exposure in Semiaquatic Mammals in a Freshwater Ecosystem,” is available online or from the U. of I. News Bureau.
Written by Diana Yates, Life Sciences Editor | 217-333-5802; diya@illinois.edu