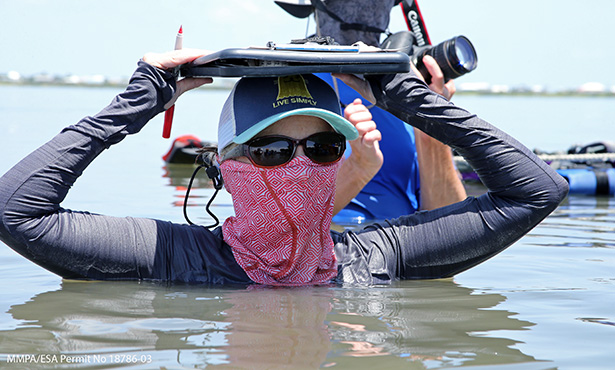 Every Person Can Make a Difference

Dr. Kathleen Colegrove is on a mission to protect wild creatures of the sea, and her plan for success involves you.

Her strategy takes its cue from an often-quoted statement made 50 years ago by a Senegalese forestry engineer named Baba Dioum: “In the end, we will only conserve what we love, we will only love what we understand, and we will only understand what we are taught.” 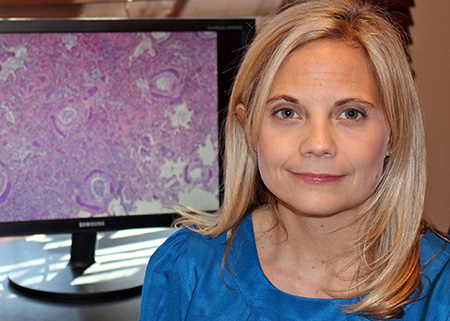 Dr. Kathleen Colegrove, clinical associate professor at the College of Veterinary Medicine, divides her time between performing diagnostic procedures at the Zoological Pathology Program’s headquarters in Brookfield, Ill., and doing fieldwork on locations such as the Gulf of Mexico.

So even though Dr. Colegrove is by trade a veterinary pathologist, working as a clinical associate professor in the college’s Chicago-based Zoological Pathology Program, she is using every means at her disposal (including Instagram!) to teach others and foster understanding and love for marine mammals.

She’ll step into the spotlight this month as president of the International Association for Aquatic Animal Medicine, an organization of around 350 professionals in this field. She’s also using social media to share news and images from her field of work directly with the public.

Dr. Colegrove points to the world’s smallest and most endangered marine mammal, the vaquita, as a case where raising public awareness may be having an impact. It’s estimated that less than 20 of these porpoises, whose name means “little cow” in Spanish, remain on earth. These animals are less than five feet long, and their numbers have declined because of illegal fishing practices. Gillnets set to catch totoaba, an endangered fish prized for its swim bladder, entangle the tiny marine mammals, which then drown because they are unable to reach the surface for air.

In 2017 Dr. Colegrove was consulted by a group called Vaquita CPR (Conservation, Protection, Recovery). “I had to come in and play a role in the project at the very end. During the second attempt at taking in a Vaquita to a temporary holding situation away from the dangers of the fishing nets, that animal, unfortunately, experienced a very severe capture myopathy and stress response and died. I was able to give the clinicians working on the project a little bit of closure as to what happened in that situation,” recalls Dr. Colegrove. Moving forward, the efforts are on getting the nets out of the water and raising awareness for the issue.

In February, a documentary called  “Sea of Shadows,” which chronicles efforts to save the vaquita from extinction, won the audience award for world cinema documentary at the Sundance Film Festival. The film will be distributed by National Geographic, and Dr. Colegrove hopes the documentary will capture public attention and put a stop to the black-market demand for totoaba swim bladders.

“It’s like the dolphins are going into the hospital for a check-up. They’re getting all these state-of-the-art diagnostic procedures to determine their health status,” says Dr. Colegrove. Dr. Colegrove works routinely with colleagues completing marine mammal exams (as shown in the photo at the top of the page) and guides toxicity research projects through CARMMHA (Consortium for Advanced Research on Marine Mammal Health Assessment) investigating effects of the 2010 Deepwater Horizon Oil Spill.

During her time in CARMMHA, Dr. Colegrove has learned a bit about modeling, toxicology, epidemiology, and population biology from the experts around her. The multitude of specialties in CARMMHA enable experts to focus on multiple risk factors within their research. “It’s probably some of the most scientifically rewarding work that I’ve been able to do,” says Dr. Colegrove. “It makes you think outside the box of your specialty.” 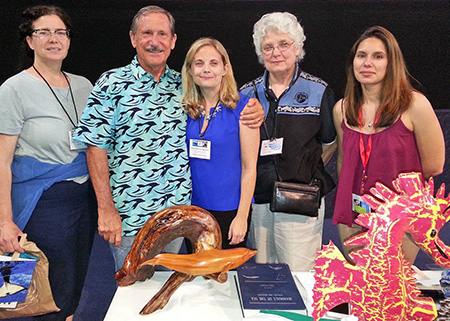 Dr. Colegrove with part of her IAAAM “family” at the 2016 IAAAM conference in Virginia Beach, Va.

She describes the congregation as a “yearly family reunion of sorts” and a great place for students just starting out in aquatic animal medicine to network with experts in the field. As she prepares to assume the role of president at the meeting from May 18 to 22 in Durban, South Africa, Dr. Colegrove reflects, “I am constantly inspired by my colleagues in IAAAM and all the work they do for aquatic animal medicine and conservation. So I hope, as president, I can better support them within the organization.”

Dr. Colegrove believes every single person can make a difference in raising awareness around conservation. As a pathologist, Dr. Colegrove uses her tools to diagnose diseases and share conservation knowledge. High-reach documentaries like “Sea of Shadows” work as mass communication tools, experienced on a worldwide scale.

On a local level there are tools every person — yes, you and I — can utilize. Whether it’s sharing a post on social media about the vaquita’s struggle, investing in renewable energy, taking public transit, or only obtaining seafood from sustainable sources, everyone has the ability to make a difference and build awareness for marine mammal conservation.