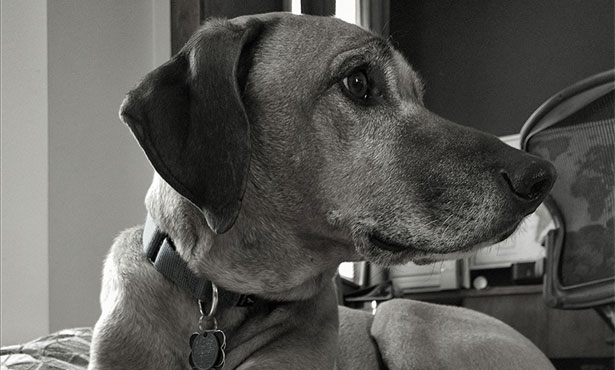 This is Part 1 of 2 of Behavior Changes in Senior Pets.

Is your pet’s lack of interest in play or slowness to get up just a symptom of “getting old”? Think again. While animals are more prone to various diseases as they age, aging in and of itself is not a disease.

My own dog Bludger serves as a good example of why we shouldn’t just brush off behavioral changes as “getting old.” Bludger is a 10-year-old Rhodesian Ridgeback, well into his senior years. While never the most energetic of dogs, last spring Bludger began to spend more time than usual on his bed and showed increasing reluctance to walk down our three flights of stairs. These changes came on so gradually that neither my husband nor I noticed them for several weeks. 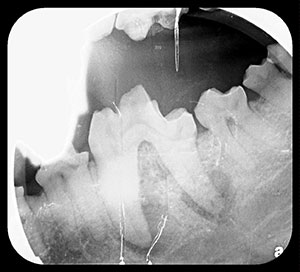 An x-ray of Bludger’s tooth revealed it was infected and likely causing him a lot of pain. After it was removed, his personality rebounded and he became more active than he had been in months.

When it finally dawned on us that this was a real change from the Bludger we have always known, I took him to see one of my veterinary colleagues for an objective opinion. Thankfully, aside from some periodontal disease (inflammation around the teeth and gums), nothing else was found on his exam. We scheduled a cleaning to address his oral health, and once Bludger was anesthetized for the procedure we found a fractured tooth! Radiographs (x-rays) of the tooth revealed the tooth was infected and it was likely causing him a lot of pain (as anyone who has experienced tooth pain can imagine!) The tooth was subsequently removed and this provided Bludger with substantial relief.

Within a few days, his personality rebounded and he became more active than he had been in months. Had we just brushed off these changes as Bludger “getting old,” the tooth infection would have continued to fester and could have resulted in some serious health complications. Thankfully we caught it in time and he continues to do well almost a year later.

If your own senior dog or cat is slowing down or has experienced other changes in behavior, please bring him/her to your veterinarian for an evaluation. They’re not just “getting old” and there is likely a good reason for that change!