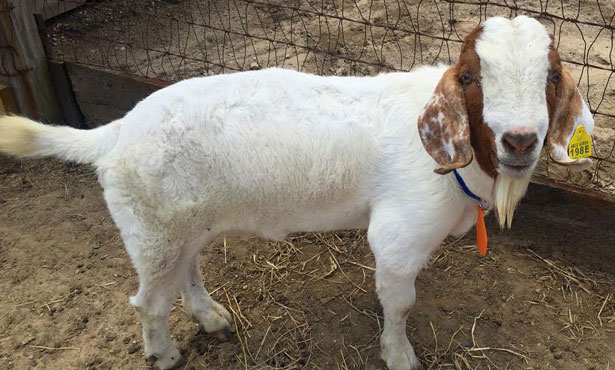 At just nine months old, Oz appeared to have the crippled walk of an old man.

Oz the goat was intended for a life as a stud to pass along his favorable genetics, but because of his mysterious lameness, Oz’s owners decided it would be best not to breed him. Instead, they donated the animal to the University of Illinois Veterinary Teaching Hospital, where veterinarians recognized his unusual condition as a good teaching and learning opportunity.

After a CT scan to visualize the problem in the leg, Dr. Annette McCoy, an equine surgeon, performed a procedure commonly done in small dogs affected with hip dysplasia. The veterinarians were excited to apply a routine surgical procedure for dogs for the first time in a larger species—a goat. 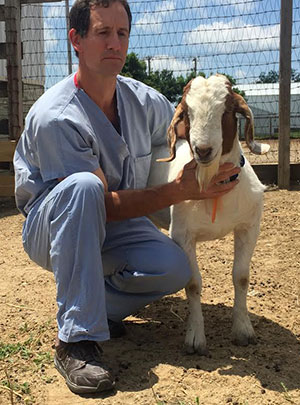 “The hip dysplasia surgery involves making a surgical incision near the femur and physically removing the ball part of the bone. Since there is so much soft tissue coverage, enough stability is retained in the region so that walking is still possible,” explained Dr. McCoy.

When they opened Oz’s hip joint, the surgeons discovered the cause of his lameness. An infection from early in his life had somehow traveled through his bloodstream and lodged in the hip joint, causing a pocket of pus to form that could not be seen from initial X-rays.

It is unlikely that Oz would have survived long term; his life would have slowly debilitated from chronic pain and weight loss. Fortunately, the surgery was a success.

“When the hip joint itself is damaged, it is difficult for the ball and socket to interact with each other,” noted Dr. McCoy. “In his case, this was due to an infection.”

“For the first two weeks after surgery, Oz was given short-term painkillers to address the soreness expected from an invasive operation that impacted many muscles,” he said.

Today, Oz roams happily out in his pasture with a new companion named Endora, a goat from Prairie Fruits Farm in Urbana. She too was unable to be bred due to an existing condition. Goats are known to be very social animals, and while Oz was always happy around people, he would often cry out when alone. Having Endora around has made all the difference in his attitude. The pair will be used as blood donors for the hospital’s goat patients. Oz will also serve as a teaching animal for pre-veterinary students.

“As a donation animal, [Oz] is a very polite young man, so it will be easy for students to work with him. Goats are a good introduction to working with farm animals. We can also collect his blood, separate out the plasma, and freeze it for whenever it may be needed,” Dr. Garrett said.

“The thing that makes this case unique is that the procedure doesn’t happen on goats very often, and we can follow up with Oz long-term to see how he recovers,” Dr. McCoy said. “It’s a great example of how surgical procedures can apply to both smaller and larger animals with ultimate success.” 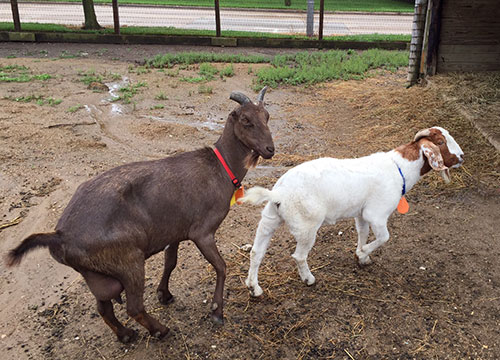 Goat buddies Endora and Oz will be blood donors for the Veterinary Teaching Hospital’s goat patients.