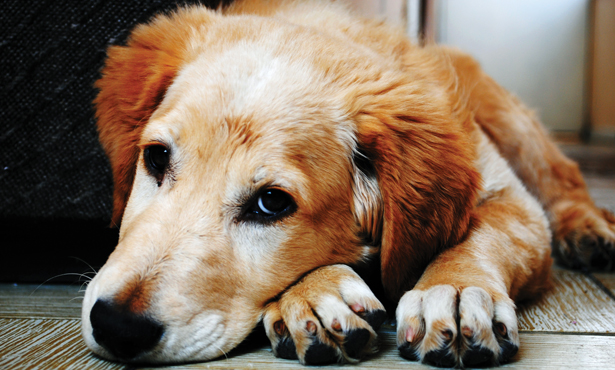 The upward trend is expected to continue. In human medicine, geriatric competencies for emergency medicine residents and specific geriatric curricula are being developed.

The term geriatric is difficult to define in veterinary medicine because it differs between dogs and cats and among breeds (e.g., a Great Dane has a much shorter lifespan than a Chihuahua). In general, animals older than 7 years of age are considered to be geriatric.

In the United States the percentage of pet cats over 6 years of age has increased from 24% in 1995 to approximately 47% today. In Europe, between 1983 and 1995, the number of geriatric cats more than doubled while the number of geriatric dogs increased by approximately 50%. This growing subset of the pet population has received very little scientific research, and publications on geriatric critical care are extremely sparse.

In humans, older age alone does not predict mortality. The main determinants of mortality are prior health status and severity of current disease process. Although we do not have studies of this nature in veterinary medicine, it seems prudent to offer aggressive treatment to the older dog and cat once comorbid diseases, quality of life for the pet, and the owner’s desires are taken into consideration.

The laboratory values of red blood cells, white blood cells, platelets, and hemoglobin do not change with age in people at rest. There is a decrease in the ability of the bone marrow to increase neutrophil production in response to infection and to increase red blood cell production in response to anemia in geriatric people. Neutrophil function has also been shown to decrease with age in people.

There are no established reference ranges for geriatric small animal patients, perhaps because the term “geriatric” is difficult to define.

In a study of age-related variations in laboratory values in beagles and Labrador retrievers, the geriatric category included all animals over 10 years of age. There were no differences between the “over 10 years of age” group and the rest of the adults.

Another study found no significant differences in laboratory values of 5-year-old vs. 10-year-old beagles at rest; after exercise, however, there were significant differences: lower hematocrits, red blood cell counts, and hemoglobin concentrations in the older dogs. The older dogs also had a significantly lower venous oxygen saturation and lower plasma glucose. It has also been shown that the hematopoietic response to acute anemia (phlebotomy) is slower in older dogs than in younger dogs.

Although data are limited in this age group, the research suggests that “at rest” laboratory values may not be very different between adults and geriatric animals. When stressed by exercise, or perhaps by disease, older animals may show significant differences in laboratory values ,and the disease process may place a large burden on these tenuous reserves.

There is a hypercoagulable shift as people age. The incidence of pulmonary thromboembolism is increased five-fold in people older than 85 years of age. Although changes in this system with age have not been investigated in small animal patients, prophylactic treatment in geriatric animals at risk for hypercoagulability may be warranted.

In people the thoracic cage becomes more rigid and the lungs lose elasticity with age. Respiratory muscle strength is decreased by 25% and the alveolar to arterial gradient increases significantly. Loss of diaphragmatic and intercostal muscle mass is thought to be responsible for the decline in respiratory muscle strength. These aging changes may result in a decreased Pa02 in older veterinary patients. Diseases such as pneumonia, pulmonary thromboembolism, or pulmonary edema place great pressure on the limited pulmonary reserves in this age group and are often more difficult to treat for these reasons.

There is a general decrease in renal function with renal blood flow, glomerular filtration rate, urine concentrating and diluting ability, and creatinine clearance all decreasing with age in people. Inability to conserve sodium or concentrate urine and decreased renal blood flow have been reported in geriatric small animals. This combination leads to the inability of the aged to respond to hypo- or hypervolemia and places severe restrictions on fluid therapy in this age group.

Thoracic radiographs of geriatric dogs and cats can show increased lung opacity due to pulmonary interstitial changes and calcification of the bronchial circulation. This opacity can be mistaken for pulmonary disease.

In old cats as the heart takes on a more horizontal orientation, it may seem to lie on the sternum. This can be mistaken for cardiomegaly due to increased sternal contact. The aorta may appear more prominent in older cats due to a kink in its appearance. The liver may extend beyond the costal arch and appear enlarged due to stretching of the ligaments that attach it to the diaphragm.

Spondylosis of the vertebrae is common in older dogs, and degenerative joint disease may be seen in both species as they age.

Significant changes in multiple organ systems in geriatric animals should be taken into account when selecting the type, dosage, and rate of fluid choices in this age group.

Myocardial fibrosis, valvular malfunction, and myocardial fiber atrophy seem to increase with age in geriatric pets. Decreased ventricular compliance limits the volume that the geriatric animal can tolerate while paradoxically increasing its dependency on volume. Geriatric animals are highly dependent on end-diastolic volume to increase cardiac output, and therefore do not tolerate volume depletion very well during times of stress (e.g., illness and anesthesia).

Renal changes, such as the decreased ability to concentrate or dilute urine, decreased renal blood flow, and the limited ability to conserve sodium, limit the geriatric animal’s ability to handle either volume depletion or volume overload.

Balanced isotonic crystalloids (i.e., LRS, 0.9% NaCl) are ideal for the dehydrated geriatric patient. Both natural (i.e., fresh frozen plasma) and artificial colloids (i.e., Hetastarch®) are additional options for hypovolemia but should be administered at a slower rate in geriatric animals due to their propensity for volume overload. Supplements such as potassium chloride, vitamin B complex, and dextrose are added as needed.

In older dogs with a limited ability to digest fats due to a diminished ability to secrete pancreatic lipase or bile acids, medium chain triglycerides may be beneficial as a concentrated and highly absorbable energy source.

Adequate protein intake is essential for optimal immune function and is critical in geriatric animals. Protein requirements actually increase in older dogs, and the old dogma of protein restriction for kidney protection has been discounted.

Antioxidants are essential to combat oxidative stress, which has been shown to increase with age in many species. The “Free Radical/Oxidative Stress Theory of Aging” suggests that levels of reactive oxygen species increase with age and amelioration of this increase can retard the aging process. Anti-oxidants can be administered exogenously and are thought to contribute to decreased levels of oxidative stress and perhaps to increased quality of aging. Some specific antioxidants that can be easily added to the treatment regimen include vitamin B complex added to IV fluids (@4 ml per liter when given at a maintenance rate), SAMe (S-Adenosyl methionine) given orally (@ 20mg/kg PO q12h), and N-acetylcysteine given intravenously (@ 50mg/kg IV over 1 hour diluted 1:4 with 0.9% NaCl q 8h) or orally (@ 50mg/kg PO q8-12h). Oral N-acetylcysteine can be found in health food stores in the amino acid section.

Anorexia in the older critically ill patient is common and should be aggressively treated after a thorough search for underlying causes. Midazolam given to anorectic cats caused eating to begin within 2 minutes, and propofol had a similar effect on anorectic dogs. Cat food should be delivered in wide, shallow food bowls to prevent the whiskers from touching the sides. Also, smell is an important appetite stimulant in both dogs and cats; clogged nasal passages (i.e., bilateral nasal catheters for delivery of oxygen) may cause a decreased appetite. Warming the food and placing a small amount on the tongue may help stimulate eating.

Aging imposes several changes in the absorption, distribution, metabolism, and elimination of many drugs. Oral absorption may be decreased due to decreased GI function as the animal ages. The loss of lean body mass can alter IM route absorption.

If fluid retention is present (such as with congestive heart failure, cirrhosis, or renal failure), drugs that are distributed to extracellular water (e.g., penicillins, NSAIDS, aminoglycosides) will be altered in their distribution. Albumin, the protein to which many drugs bind, also decreases with age.

Drug metabolism may change as the geriatric patient experiences a decline in hepatic function. The mass of the liver decreases with age and decreases hepatic function. This could cause increased plasma half-life of drugs that depend on hepatic excretion, metabolism, or conjugation. Decreased function of phase I metabolism reactions in the liver appear to occur with age and cause decreases in oxidation, reduction, dealkylation, and hydroxylation reactions. Phase II reactions do not appear to be altered with age.

Drug elimination may be affected by a progressive decline in renal function with age. In geriatric people there is a steady decline in renal function, with approximately 40% of the nephrons becoming sclerotic by the age of 85 and renal blood flow and glomerular filtration rate decreasing by almost half. Due to the loss of lean body mass, creatinine may remain normal (decreased production and decreased clearance). Approximately 15% to 20% of dogs and cats are thought to suffer some degree of renal insufficiency as they enter the geriatric years.

In geriatric people there is a progressive decline in the number of cardiac myocytes and in ventricular compliance. Autonomic tissue is replaced by fat and connective tissue and shows decreased responsiveness to autonomic drugs. It is likely that some decline of cardiac function occurs with age in animals; careful monitoring for specific endpoints is essential when prescribing cardiac drugs to geriatric animals.

It is essential to take any co-morbid diseases (e.g., congestive heart failure, chronic renal failure, hepatic fibrosis) into account when considering dosage adjustments for geriatric small animals. For example, if a dog with chronic renal insufficiency requires therapy with angiotensin-converting enzyme inhibitors, the clinician must be aware of the significant likelihood of decreased renal clearance in this animal due to both its chronic renal disease and the older age.

Geriatric animals experience a decline of physiologic reserves that may not be apparent at rest. During times of increased physiologic need due to disease process, however, the geriatric animal cannot mobilize additional reserves, and illness may result in multiple organ failure.