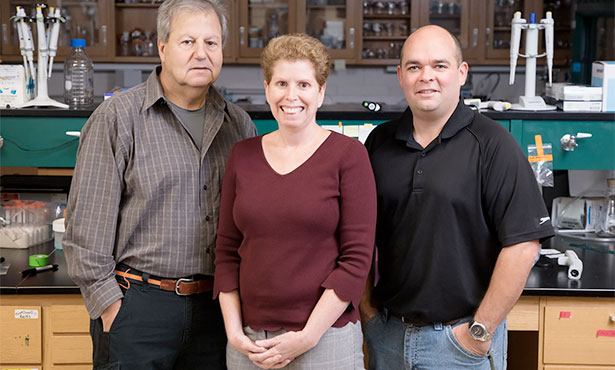 Genistein is found in dietary supplements

Exposure to the phytoestrogen genistein prior to conception may adversely affect female fertility and pregnancy outcomes, depending on the dosage and duration of exposure, a new study in mice suggests.

Chronic preconception exposure to genistein affected pregnancy rates in mice and was associated with prolonged labor, smaller litters and pups, and higher rates of pup mortality, scientists at the University of Illinois report in a paper accepted for publication in the journal Reproductive Toxicology.

Many women are taking dietary supplements that contain genistein, and there is very little information on its potential effects on reproduction in adult women.

The findings add to a growing body of research that raises troubling questions about the potential health risks of long-term exposure to plant-based estrogens. Genistein is an isoflavone found in soy foods and dietary supplements, and, like other plant estrogens, may be consumed by women to relieve menopausal conditions such as hot flashes, weight gain and depression.

Genistein is among the chemicals that the National Institute of Environmental Health Sciences classifies as endocrine disruptors because they can interfere with bodily systems that are controlled by hormones.

“This is one of the first studies to look at long-term exposure to genistein in adult populations,” said Jodi A. Flaws, a professor of comparative biosciences at Illinois and a co-author of the paper. “Many women are taking dietary supplements that contain genistein, and there is very little information on its potential effects on reproduction in adult women.”

In a prior study, Flaws and her colleagues observed that treatment with another phytoestrogen found in licorice inhibited the ability of isolated ovarian follicles to grow and make sex steroid hormones. Food science and human nutrition professor William G. Helferich, the director of the Botanical Estrogen Research Center at the university, collaborated on that and the current study.

Extending that work, the researchers examined how chronic genistein exposure affected sex steroid hormone levels and pregnancy outcomes. Adult female mice in the current study were fed a diet containing 300, 500 or 1,000 parts per million of genistein, while their counterparts in the control group consumed food that was soy- and phytoestrogen-free. The groups of mice that consumed the genistein were exposed to it for 30, 60, 150 or 240 days, which produced blood serum concentrations equivalent to those found in women who consume soy foods or supplements, said Illinois alumna Shreya Patel, who conducted the research as a doctoral student at the university.

“When we looked at animals exposed for 30 days, the gestation time – the length of time they were pregnant – was decreased, similar to premature births,” Flaws said. “And after 60 days’ exposure, they had fewer pups in their litters.”

After 150 days, the mice that consumed 500 ppm or 1000 ppm of genistein were less likely to become pregnant after mating. Only 83 percent of the females in either of those groups were fertile, the researchers found.

While mice in the 240-day treatment group that gave birth bore normal-sized litters, they often killed their pups, and the pups were much smaller than peers of similar age.

Although the findings are preliminary, the researchers said that little is known about the potential effects of long-term phytoestrogen use, and women should be cautious about their exposure, especially if they plan to conceive in the near future.

“While women are consuming these dietary estrogenic supplements, this is an uncontrolled experiment in which the safety and efficacy are unknown,” Helferich said.

“With endocrine disruptors, it’s the dose that makes the poison,” said Patel, who currently is in a postdoctoral program at Northwestern University. “People should be aware of what they’re consuming, and some supplements may not be what they claim to be. It’s probably best to consult a doctor or a dietitian.”

The research was supported by the National Institutes of Health, a Billie A. Field Fellowship and the Botanical Estrogen Research Center.