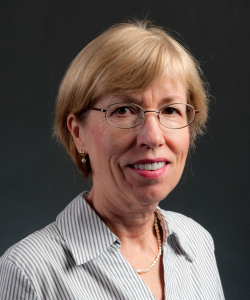 Teaching is about the students. They need to be supported and challenged so that they can reach their full potential.

Dr. Hoenig's main interest is in insulin secretion and action. She has worked intensively with cats whose risk of becoming diabetic increases with obesity. Cats are therefore an excellent model to study the processes involved in the development of both diseases. She is also interested in thyroid disease of dogs and cats.

Development of novel assays in cats; identification of markers indicating progression to diabetes in obese cats; pathophysiology of obesity in cats.

Use of NMR to examine hepatic glucose and lipid metabolism in cats; pathophysiology of obesity in cats